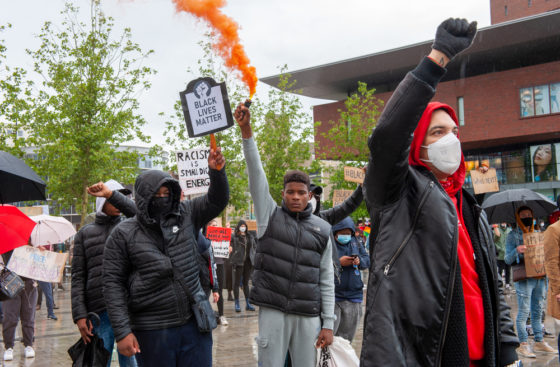 The Netherlands is making progress in tackling racial inequality but still has a long way to go, the UN Committee on the Elimination of Racial Discrimination said this week.

Ethnic minorities continue to face discrimination in education, health, employment, social care and housing, according to the findings by the UN Committee on the Elimination of Racial Discrimination (CERD).

The report said the current political climate was partly responsible for the rise in racial tension, commenting that ‘the political debate on immigration has been polarised and has led to aggravated forms of racial discrimination’.

The committee said it was particularly concerned about ethnic profiling by police in stop and search, traffic control and border checks. It called on the Dutch government to pass legislation banning racial profiling and ensure complaints were reported and acted on.

CERD, which comprises 18 members and monitors 182 States Parties, also urged the government to improve the representation of ethnic minorities in elected bodies and the public sector, and ensure that minorities were involved in the drawing up of policies which affected them.

The committee also expressed concern that cases of racial abuse in football have risen in the Netherlands, despite initiatives to fight hate speech and hate crime.

The report, officially named ‘Concluding Observations’, evaluated the Netherlands’ implementation of the International Convention on the Elimination of All Forms of Racial Discrimination.

It commended the steps being taken to address racial discrimination, such as the establishment in 2013 of MiND, the complaints office for online discrimination, but stressed the need to do more. Online hate speech, for example, is not removed quickly enough, said the report.

In terms of policing, the report asked for the outlawing of police profiling based on ethnicity, descent and skin colour, which committee experts said, was commonplace during traffic controls, border stops and identity checks. Racial motives for crimes, recommended CERD, should be recorded and considered an aggravating factor.

Acknowledging the role the Netherlands played in the slave trade featured strongly in the report, which welcomed the independent investigation into the national history of slavery and revisions to the Dutch school curriculum, but asked that the Netherlands ‘actively promote awareness among the general public of the negative impact of Black Pete on the dignity and self-esteem of children and adults of African descent’.

CERD will begin its next session on 15 November.