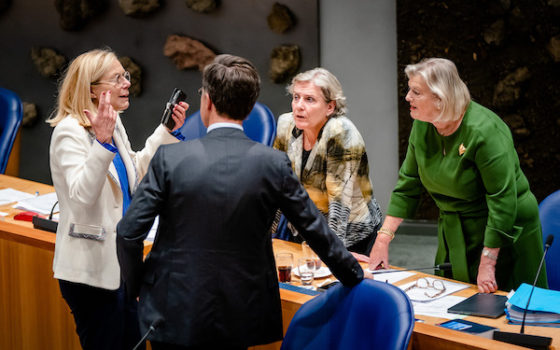 MPs have slammed the government’s strategy on the Afghanistan evacuations but there was no majority support for votes of censure or no confidence in ministers’ handling of the situation during Wednesday night’s debate, which lasted until 2.45am.

MPs have, however, said they will return to the issue once they have the results of an independent inquiry into what went wrong, and why ministers waited until the last days to start the process of bringing out Afghan nationals who worked for the Dutch during the 20 year mission.

In particular, MPs said the cabinet is to blame for the fact that interpreters were left behind in Afghanistan. Labour MP Kati Piri said that while she is usually proud to be Dutch, she is now ‘deeply ashamed’. Others described the cabinet’s performance as ‘apathetic’, ‘slow and vague’.

Prime minister Mark Rutte told MPs he thought it ‘terrible’ that not everyone was evacuated from Kabul. Foreign affairs minister Sigrid Kaag said the cabinet had made the ‘wrong assumptions’.

‘We apparently had a blind spot about how bad it would get and how quickly it would get that bad,’ she said. Ministers had also made the wrong assumptions about airport safety and dependence on the Americans, who were running the airport during the evacuations, she said.

‘I really regret it, it is terrible, but this how things are,’ she said. ‘We cannot turn back the clock.’

Defence minister Ank Bijleveld said the Netherlands should have thought about bringing back people safely far earlier. Everything possible would be done to help the 22 interpreters and their families who are still in Afghanistan, she said.

MPs have been urging ministers to bring back the interpreters in particular for several months, and the Volkskrant reported earlier this week that the Dutch embassy in Kabul had called for action last year.

Minister said earlier this month that 1,673 people were evacuated from Kabul by August 26 when flights stopped. They included 708 Dutch nationals, 371 interpreters and others who worked for the UN peacekeepers, 211 embassy workers and their families, plus various aid workers and other officials.

In addition, 319 of the evacuees were evacuated under the terms of the Belhaj motion, including cooks, journalists, human rights activists and security guards. The Belhaj motion is a parliamentary motion backed by a majority of MPs which said everyone who worked for the Netherlands should also be evacuated.

Ministers had pledged to carry the motion out fully.