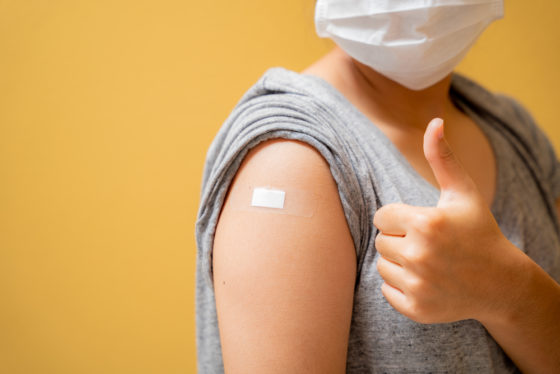 Many more people arranged to have jabs this week following news of the introduction of a corona passport for entry to festivals, bars and other venues, central health board association GGD GHOR has reported.

Some 13,000 people called in for a jab on Monday. On Tuesday that number had risen to 15,500, almost double the daily tally of last week.

It may well be that the news about the upcoming introduction of a corona passport on September 25, which was leaked ahead of Tuesday’s press conference, had an effect, a spokesman for the association told the Volkskrant.

On Tuesday caretaker health minister Hugo de Jonge was quick to emphasise that a corona passport did not imply an obligation to get the vaccine but that he hoped its introduction would lead to more people deciding to get jabbed, as has happened in France.

Unvaccinated young people in particular would feel the effects of the corona passport but it is unclear if they have been persuaded to get the vaccine in greater number.

The passport produces a QR code which shows if the user has been vaccinated, is immune because of a recent infection, or has had a recent negative coronavirus test, but not which of the three options.

The individual health boards will be reporting on vaccine numbers in the next few days.

Meanwhile efforts to reach the estimated 1.8 million people who have not yet been vaccinated are being stepped up with walk-in locations and a more targeted campaign.

The new campaign focuses on four groups: young people, people with little faith in the government, people with an ethnic minority background and religious communities.

People who do not want to be vaccinated out of principle – some 5% to 10% of the population – will not be targeted. ‘We won’t convince people who really don’t want to do it with another leaflet,’ a spokesman for the RIVM public health institute said.

Last week 40% of all first shots were given in walk-in locations. There are now about 200 locations in the Netherlands where vaccinations can be given without without an appointment.