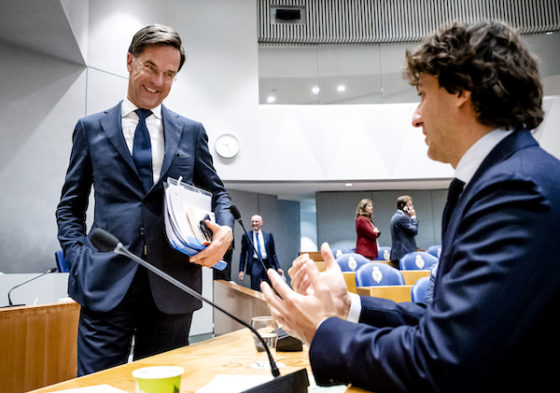 Two days of debate on the cabinet’s 2022 spending plans resulted in a string of wins for opposition parties, following the outgoing cabinet’s decision to allocate €2bn to extra measures.

In particular, MPs agreed to spend €500m on raising primary teachers’ salaries, €375m on softening the increase in energy prices and €500m for security and defence.

There was also broad consensus that the student grants should be brought back and that the extra tax paid by landlords based on the value of their social housing stock should be abolished. MPs did agree to cut the tax in the coming year, a measure which will cost the treasury €500m.

€1bn of the extra spending had already been included in the budget, some €700m will come from industry and €300m will be borrowed.

‘I am pleased that we are able to find such broad support,’ prime minister Mark Rutte said in a short reaction, as he headed off to address the United Nations AGM in New York.

Earlier in the day it emerged that an additional €675m had been allocated to boost healthcare wages, in line with a motion supported by a majority of MPs last week. That will be partially funded by increasing the tax on corporate profits from 25% to 25.8%, and from increasing healthcare premiums.

Despite the wins, behind the scenes coalition party D66 remains unhappy with the prospect of a minority cabinet, the Financieele Dagblad said in its analysis. ‘It will be expensive if you have to buy the support of the opposition every time,’ one D66 source told the paper.

‘The conclusion that can be drawn from this debate is that if we end up with a minority cabinet, it will have to agree to more of these expensive deals, to keep sufficient support,’ NOS correspondent Ron Fresen said.

Talks on forming a new coalition resume on Monday. Rutte has said he has high hopes of a speedy and successful conclusion.