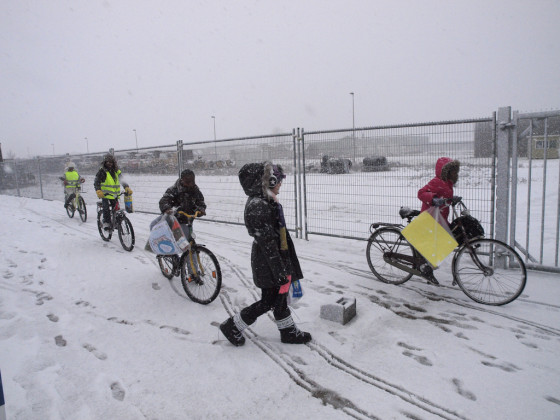 The longer asylum seekers are required to live in special refugee reception centres, the harder it is for them to settle into Dutch society, learn Dutch and find jobs, the government’s socio-cultural think-tank SCP said in a new paper, published on Thursday.

The paper, which focuses on refugees from Eritrea and Syria who arrived in the Netherlands in 2014 and 2015, aims to highlight areas of concern and look at the likely impact of new legislation on integration which comes into effect in January.

Until now, long waits for immigration service permits and housing have made difficult for refugees to being settling into their new lives, and the situation is worsening, the researchers say.

For example, people who came to the Netherlands in 2014 spent an average of 110 days waiting for their cases to be approved, but by 2019, this had gone up to 208 days.

Once given a residency permit, refugees are supposed to move from reception centres into regular housing, but today 11,000 refugees with residency rights are still living in refugee centres because there is no where else for them to live.

The SCP says local authorities should start the integration process – such as providing language lessons – while people are living in refugee centres, and that this option should be open to people whose request has not yet been processed.

Refugees who have been given residency permits should also be able to start working more regularly while living in centres, whether paid or voluntary. In addition, more attention should be paid to their mental and physical health.

Chief researcher and Erasmus University professor Jaco Davegos told broadcaster NOS that he is concerned about the fate of Afghan interpreters and their families who are now being housed in mass temporary accommodation, including marquees.

‘It is reminiscent of the situation in 2015 [when thousands of asylum seekers were put up in tents],’ he said. ‘And our research shows that the people who have moved around most often find it hardest to integrate.’

The new approach which will be introduced at the start of next year puts more emphasis on tailor-made integration programmes and participation in society, rather than simply passing exams.