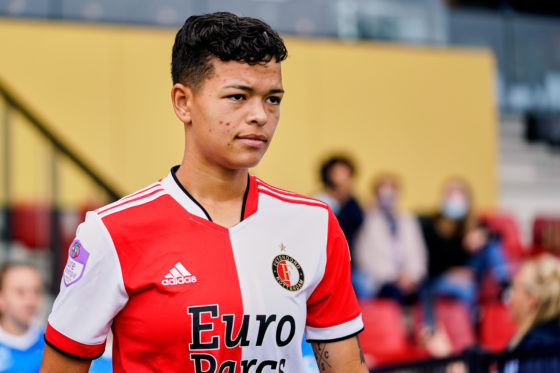 Feyenoord are believed to have become the first club in Dutch football to pay a transfer fee for a women’s team player.

Neither club would confirm the deal, but it is understood Ajax insisted on a transfer payment because Diemen was still under contract.

Feyenoord had agreed personal terms with the player and disputed the fee at first, but later agreed to pay as long as the transfer remained confidential.

Manon Melis, co-ordinator of women’s football at Feyenoord, did not confirm or deny the deal when asked about it by the Volkskrant. ‘We have agreed not to disclose anything about it,’ she said.

Her counterpart at Ajax, Daphne Koster, said a transfer fee had been paid for a female player during the summer but would not say if it was Van Diemen.

Van Diemen signed for Feyenoord at the start of July. She had asked to leave Ajax because she was unhappy at being played at wing back rather than her preferred position of central defence, as well as being left out of the starting eleven.

The only other time a Dutch club paid for a female player was in 2019, when Kika van Es moved from Everton to FC Twente. A clause in her contract allowed any Dutch club to buy her out for a nominal fee of £1 (€1.17).