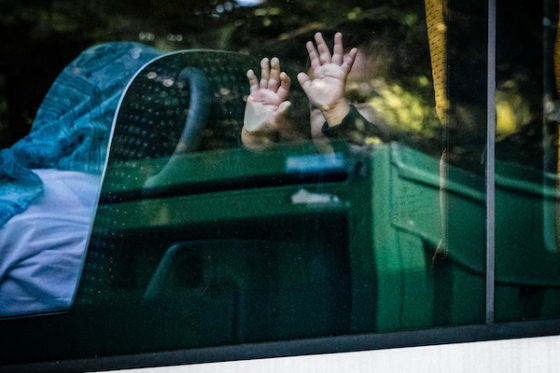 The first Afghan refugees arrive at a special camp in the Netherlands. Photo: Rob Engelaar ANP

Dutch soldiers sent away six Afghan families during last month’s evacuations, even though their names were on the list and they were called to report to Kabul airport, broadcaster NOS said on Tuesday.

Three of the six families are still in Afghanistan and unable to leave, the broadcaster said. It bases the claim on conversations with the families involved and supporting documentation.

The problem was caused by both the chaotic situation at the airport, and shortage of interpreters to read ID cards, NOS said. The Netherlands evacuated some 2,500 people from Afghanistan before ending flights on August 26.

That total includes Dutch nationals, international aid workers and EU officials as well as refugees. As yet, it is unclear how many refugees were evacuated and how many people who were on the evacuation lists were left behind.

The defence and foreign affairs ministries said they cannot comment on individual cases. However, efforts will be made to evacuate everyone on the list and ‘all options are being looked at,’ a foreign affairs spokesman said.

The fathers of the three families still trapped in Afghanistan are brothers, all of whom worked at Kamp Holland, the Dutch military base in Uruzgan.

A fourth brother, who was head of a team of 240 Afghan security workers, has been in the Netherlands for two years. Nesar Ahmed told NOS his brothers are terrified that they will be killed because they worked for the allies.