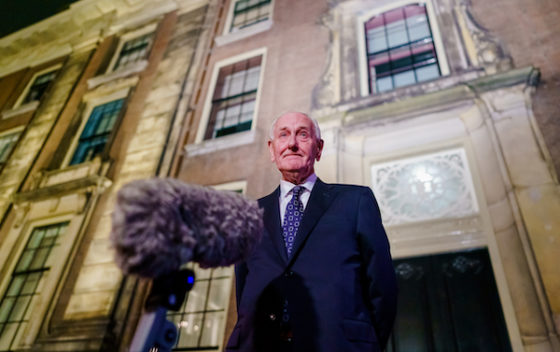 A decision about what to do about the cabinet formation process, which has failed to produce results six months since the general election, will be taken on Wednesday, chief negotiator Johan Remkes has said.

Remkes had 10 hours of talks with the three main parties aiming to form a new government – the VVD, D66 and CDA – on Monday without result.

At the weekend, D66 leader Sigrid Kaag said she is prepared to resume talks with six parties – including the ChristenUnie – in a bid to break the impasse. Kaag had earlier ruled out working with the CU because of fundamental differences on medical-ethical issues such as euthanasia, abortion and embryo research.

Instead D66 had favoured a five-party coalition with the right-wing liberal VVD, the Christian Democrats  and the two centre-left parties Labour (PvdA) and GroenLinks.

The CDA and VVD have said they do not want to be part of a coalition with two left-wing parties and that a six party coalition would be too unstable. They would prefer to continue the current coalition with the CU.

Definitive conclusions will be drawn on Wednesday, Remkes told reporters. ‘I cannot say much about it, but I can tell you that one thing will not happen. And that is going back to the variants which my predecessor as negotiator went through.’

That would mean a continuation of the current cabinet, or a five party coalition as Kaag first wanted, are off the table.

The remaining options would appear to be a minority cabinet or new elections, commentators say.