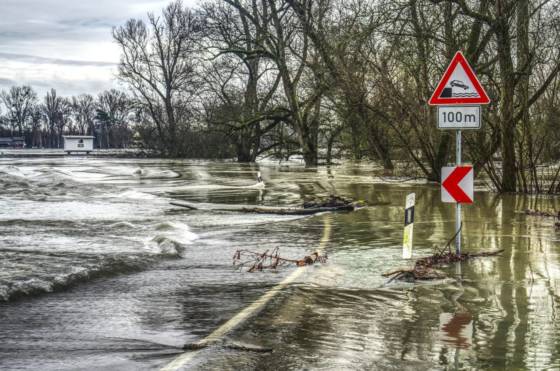 Three major insurers have turned down claims from businesses who lost millions of euros in last month’s major flooding in Limburg.

The three companies – Lloyds, Chubb and VLC – said they were not liable for damage caused by river flooding to 30 of their customers, most of whom are based in Valkenburg aan de Geul.

None of the trio is a member of the Dutch insurers’ association (VvV), whose members have said they will honour the vast majority of flooding-related claims.

Ferry Philippi, who owns a bakery and ice-cream parlour in Valkenburg, said he had had a claim for €1.06 million for two pieces of machinery that were destroyed by flood waters dismissed by APC Holland, a subsidiary of Lloyds.

‘The stench was terrible,’ Philippi told 1Limburg. ‘There was mud and slime everywhere.’

The Dutch government declared the flooded region of Limburg a disaster area on July 15, meaning the state will compensate any losses that are not covered by insurance, while more than €10 million has been raised in donations through a Giro 777 appeal.

The mayor of Valkenburg, Daan Prevoo, appealed to the three international insurers to honour their moral duty to society. ‘You have to ask yourself who’s going to advise their clients to take out insurance policies with them,’ he added.