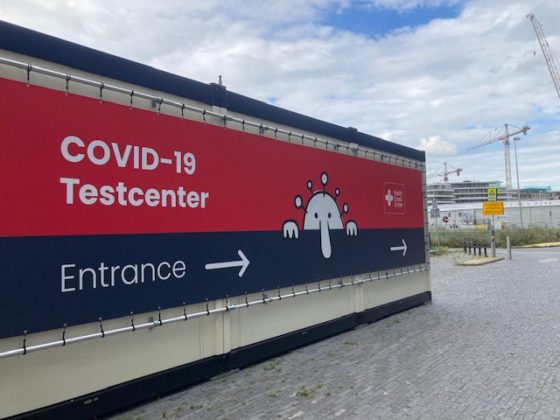 Another 2,213 positive coronavirus tests were recorded in the last 24 hours, the lowest daily total since August 3, according to the public health agency RIVM.

Monday’s figure was 7.4% lower than the previous week, while in the past seven days the number of cases has increased by around 4%, compared to nearly 9% at the weekend.

The percentage of positive tests over seven days was 13.7%, down from 14.1% on Sunday but still far above the World Health Organisation’s target level of 5%.

However, the number of patients in hospital went up by 47 to 689, while 220 people are currently being treated in intensive care, four fewer than on Sunday. Hospital numbers tend to be higher at the start of the week because fewer patients are discharged at the weekend. 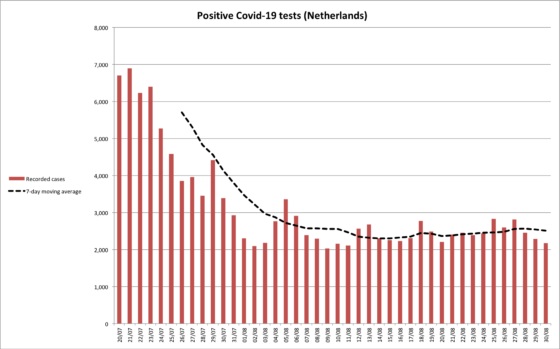