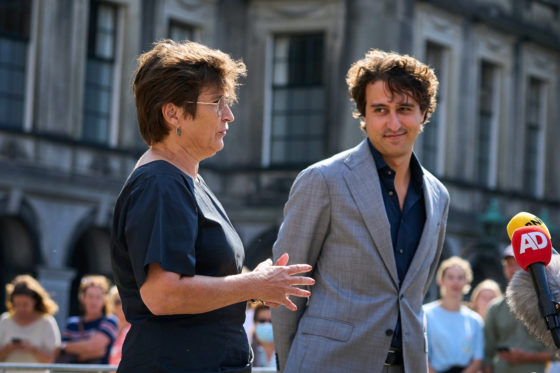 The centre-left parties Labour (PvdA) and GroenLinks are pressing the government to spend €2 billion in next month’s budget on measures for people on low and middle incomes.

The two parties, who have 17 MPs between them, are looking to take the initiative in the stalled coalition talks with the liberal parties VVD and D66 and the Christian Democrats (CDA).

The current government has been without a mandate since resigning in January over the child benefits scandal, but is still required to present an annual budget package to parliament on the third Tuesday in September.

Part of the extra spending should go towards a pay rise for teachers and healthcare workers, while the total package should increase the spending power of people on or below the average wage by 2 to 3 per cent, according to PvdA MP Henk Nijboer.

‘The cabinet formation is going slowly and the VVD and CDA aren’t really prepared to talk. Ordinary people will be affected if we do nothing in the budget,’ he said.

The right-wing parties, particularly the CDA, previously said they would accept either PvdA and GroenLinks in the next cabinet but not both. But Labour leader Lilianne Ploumen said last week after a meeting with Mariëtte Hamer, who is chairing the negotiations, that ‘all attempts to play us off against each other have failed.’

The chances of the previous four-way coalition of VVD, CDA, D66 and the ChristenUnie appeared to have receded on Thursday after NRC published details of a draft framework deal between VVD and D66.

The two parties, which are the largest in parliament with 58 seats between them, included plans to modernise the law on embryo research and expand the legal options for people to end their own lives, both issues on which the ChristenUnie and D66 are implacably opposed.

CU leader Gert-Jan Segers said the document was ‘clearly written by two liberal parties‘, though he did not explicitly rule out including his five MPs in the coalition.

VVD and D66 also want to take action to tackle the overheating housing market, make decisions on medical care less susceptible to financial incentives and introduce broader classes in the first years of secondary school so that children are not streamed so early.