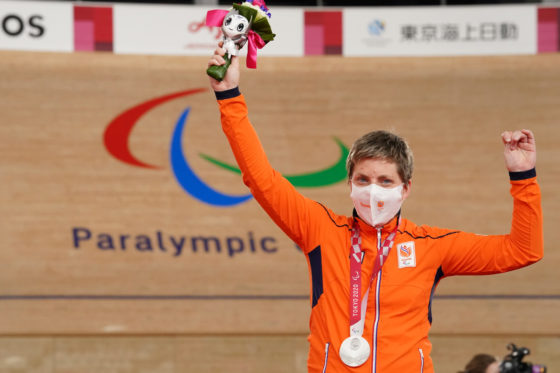 Cyclists Alyda Norbruis and Caroline Groot have added to the Netherlands’ medal haul at the Tokyo Paralympics with a silver and bronze.

Norbruis, 32, claimed her fifth medal in her third Games as she finished runner-up in the 500m time trial in the C1-3 category.

In 2016 she won the time trial event on the road and on the track, along with a bronze in the individual pursuit, while on her debut in 2012 she took silver in the track time trial.

Caroline Groot set a new world record for a C5 athlete as she took bronze in the time trial on the track in the C4-5 category.

But there was disappointment for Daniel Abraham Gebru, the gold medallist in the men’s road race in Rio, who failed to qualify for the final of the 4000m individual pursuit.

Liesette Bruinsma will get another chance for a medal in the 50m freestyle final after she successfully protested against her fourth place.

Bruisma argued she had been impeded by China’s Guizhi Li, who finished second from the adjacent lane but will now have to swim again in the rescheduled race.