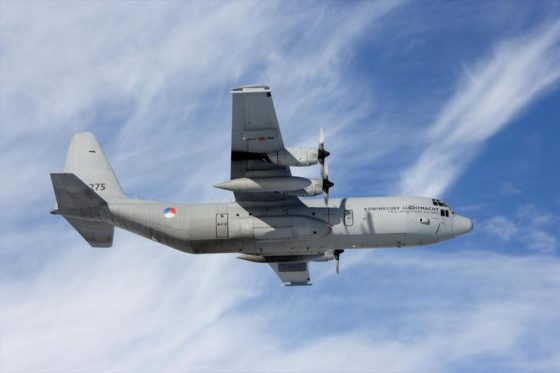 A military airplane, of the type to be used in Kabul Photo: Defensie.nl

The first Dutch people have been evacuated from Kabul on two rescue flights, according to caretaker foreign secretary Sigrid Kaag.

Two flights left on Wednesday morning and Kaag told the ANP that this was the ‘first step’ to rescuing many more from Afghanistan, where their future is uncertain.

It emerged during a parliamentary debate that one of the aircraft had left for Georgia with 35 Dutch people aboard, alongside 16 Belgians, two Germans and two Brits. Kaag also pledged not to leave behind Afghan people who may be in danger because they had helped the Dutch.

These flights follow two days of frustrated rescue attempts after the Taliban took over Afghanistan earlier this week. On Tuesday, Kaag told NOS broadcaster that although a Dutch military plane was able to land, the short turnaround time at the airport controlled by American troops meant that they were unable to board. ‘There was a half-hour slot to get people on the tarmac,’ she said. ‘Lots of people were there, and at the airport gates, with their families. I think it is awful.’

She had called for the 6,000 American troops, who have been sent back into Afghanistan after their withdrawal, to allow people more time for boarding. Meanwhile on Monday, it was not possible to land a plane at the airport due to chaos there.

During an emergency debate in the Dutch parliament yesterday, there were emotional scenes as MPs asked why the Dutch had been so slow to recognise the deteriorating situation in Afghanistan.

Meanwhile, translators, aid workers and other Dutch people in Afghanistan have told media that they are afraid to go to the airport because they fear they will be arrested at Taliban checkpoints.

The Volkskrant has received unconfirmed reports that shots have been fired at the airport entrance where many evacuees are gathering, and that tear gas is being used to keep people back.

There are thought to be some 300 Dutch people and Afghans who worked for the Dutch in Kabul, who have now been offered flights to the Netherlands after the public mood changed.