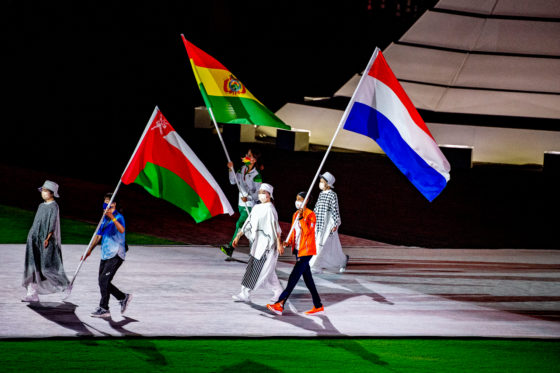 The king and queen will welcome home the Netherlands’ most successful Olympic team in history with a reception in The Hague on Tuesday.

King Willem-Alexander and Queen Maxima singled out double champion Sifan Hassan as they congratulated all 36 medal winners in Tokyo.

‘With her inspiring story and exceptional performances she is an example to many,’ the royal couple posted on Twitter after Hassan won the 10,000 metres for women. Hassan had already won a gold medal in the 5,000 metres and bronze at 1,500 metres, an unprecedented achievement for an athlete at a single games.

The Netherlands finished seventh in the overall medal table, the highest ranked of the 27 EU nations, with 10 gold medals, 12 silvers and 14 bronzes. Women won 21 medals compared to 14 for men, with the mixed archery team taking silver, while the 10 golds were equally split.

Chef de mission Pieter van den Hoogenband told NOS he was ‘hugely proud of the team’ for its ‘unprecedented’ achievement. ‘I am very grateful that I was able to be their team leader,’ he said.

Technical director Maurits Hendricks, who set a target of becoming one of the top 10 Olympic nations when he took up his post in 2010, said the success was built on a strategy of investing in sports such as track cycling, which accounted for six medals.

‘We knew where we wanted to go in 2010,’ he said. ‘After that it was a question of finding partnerships and getting the right people on board.

‘For some sports we managed it very quickly, in other cases it took longer. And in some cases it didn’t give us the results we were looking for.’

The athletes and coaches from the Dutch team will be officially welcomed home at the Zuiderpark stadium in The Hague on Tuesday before being received by the royal couple at Paleis Noordeinde later in the day.