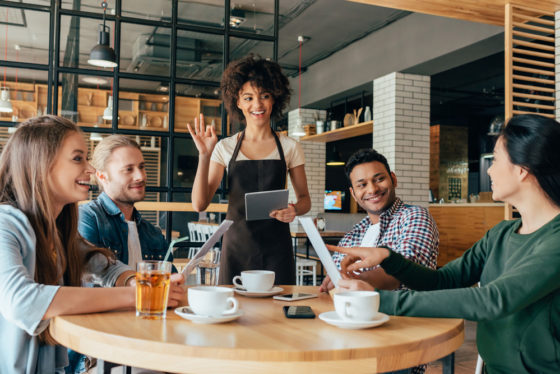 Vacancies in the catering sector have doubled in three months. Photo: depositphotos

The number of vacancies has exceeded the number of people seeking work for the first time in half a century, according to statistics agency CBS.

On average there are 106 jobs available for every 100 unemployed, according to the CBS. Latest unemployment figures show 307,000 people are actively seeking work, representing 3.3% of the working age population.

CBS chief economist Pieter Hein van Mulligen said the unprecedented situation was partly the result of the government’s coronavirus support packages, but the underlying reason was the ageing workforce.

The most acute labour shortages are in government offices and education, where the average age of employees is increasing faster than in other sectors.

‘Since 1971 there has never been a year that the number of unfilled vacancies has come close to the number of people out of work,’ Van Mulligen told NRC.

He said the coronavirus crisis had led to a drop in the number of migrants seeking work, while some companies were only being kept afloat by government support, further distorting the picture.

‘Some of these companies might otherwise have gone out of business, the so-called zombie companies, resulting in their employees finding a job somewhere else. When this option disappears it will increase the shortage.’

The figures also show 124,000 employee jobs were available compared to 9,000 vacancies for self-employed workers, but the latter now account for 20% of all jobs.

Van Mulligen also said he was surprised to see the number of vacancies in the catering sector double to 27,000 in the last three months.

‘This is a sector whose troubles aren’t over,’ he said. ‘On the other hand, a lot of employees have left during the coronavirus crisis. Some of them have returned, others are unemployed or have found jobs elsewhere.’