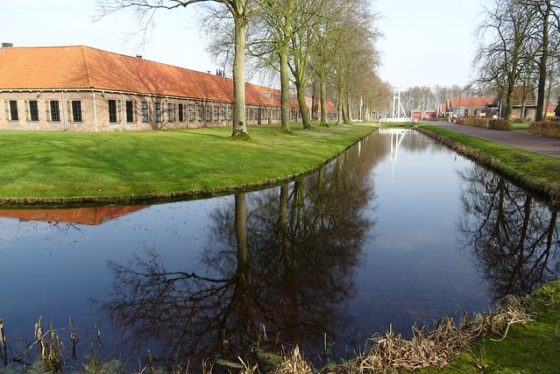 Part of Veenhuizen, with the former workhouse. Photo: Sjaak Kempe via Flickr

The Lower German Limes and the ‘Colonies of Benevolence’ in Groningen and Drenthe are to be added to the Unesco world heritage listing, officials from the world body have decided.

The decision means there are now 12 Dutch cultural locations and one natural site on the official list.

The Limes (paths) are one of the frontiers of the Roman Empire in Europe and ‘provide a fine example of the development of an urban infrastructure in a region without central places, illustrating the spread of Roman administrative and architectural traditions,’ Unesco said.

The colonies were developed in the 19th century as social projects for poor families, orphans, ‘fallen women’, retired military personnel, beggars and vagrants. They are, according to Unesco ‘one of the most remarkable social experiments, based on 19th century, Western, Utopian thinking on the social order.’