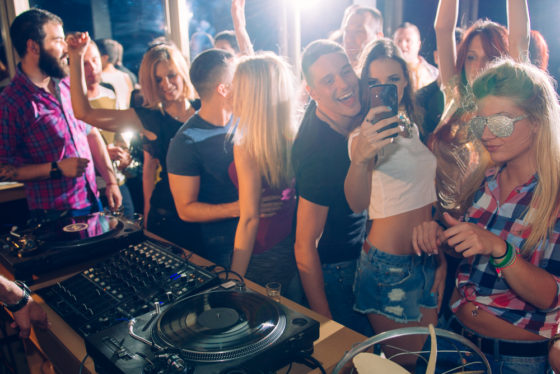 Disease control experts say the government ignored their warnings not to relax the coronavirus rules too quickly at the end of June, which triggered a new surge in infections.

Ministers failed to see the flaws in the ‘test for entry’ system used to reopen nightclubs, ensure proper ventilation in venues or consider the impact of the more infectious Delta variant even though all these issues were raised by the Outbreak Management Team (OMT), according to an assessment by the Volkskrant.

Health minister Hugo de Jonge’s ‘dansen met Janssen’ (dancing with Janssen) slogan, encouraging young people to take the single-shot vaccine made by Johnson & Johnson so they could go out partying sooner, flew in the face of official advice for people to wait two weeks to build up maximum immunity.

Prime minister Mark Rutte apologised on Monday for the ‘error of judgment’ in dropping nearly all pandemic restrictions on June 26 and for dismissing critical questions at last Friday’s press conference.

De Jonge also accepted that the ‘dansen met Janssen’ message had been careless. The government has since imposed a two-week wait before people become eligible for vaccine passports.

The OMT warned ministers that it was ‘not desirable’ to rely on negative coronavirus tests to reopen venues because of the margin for error, especially with rapid antigen tests, which have a failure rate of around 20%.

Data analyst Martijn de Riet calculated that more than 1,300 people were likely to have gone into nightclubs in the past two weeks while they were infected, leading to around 30 ‘superspreader events’. His figures were based on the OMT’s own assessment of the ‘test for entry’ system’s reliability.

The OMT also said the QR codes issued for a negative test should have a very limited validity of 12 or 24 hours to prevent people who became infected during a night out spreading the virus further. Instead the cabinet decided on a validity period of 40 hours.

Ministers also made no requirements for clubs and bars to improve ventilation despite explicit warnings about ‘the risk of crowding in indoor venues where lots of people are standing together in sometimes insufficiently ventilated spaces’.

Meanwhile, travel companies and insurers said they had been swamped with enquiries in the last week as the rapid rise in infections threatens to turn the Netherlands code red on the European Centre for Disease Prevention and Control (ECDC) map.

Travellers from red zone regions with more than 200 infections per 100,000 people over 14 days, and ‘deep red’ areas with an infection rate of more than 500, can expect to face more restrictions such as testing before travel and quarantining on arrival. At the current rate of progress the Netherlands is expected to turn red on Thursday.

Marc van Deursen, manager at travel firm Prijsvrij, told the Financieele Dagblad: ‘Everyone who has booked has been calling, and not once, but twice or more.’

He said bookings had slumped since the dramatic rise in infections began last week. ‘We were taking 100% more bookings than in 2019, now it’s maybe down to 10%’.