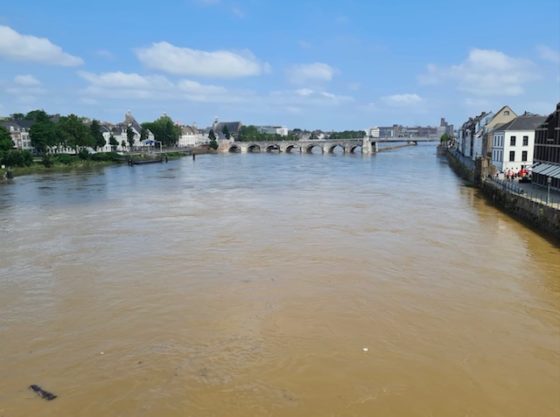 The KNMI meteorological office is taking part in an international research project to determine if the recent heavy rainfall and floods in Limburg, Germany, Belgium and Luxemburg are linked to climate change.

The research is being carried out together with experts from World Weather Attribution and from the other affected countries, the KNMI said.

The extreme weather was the result of a low pressure zone above Germany and led to twice the average July rainfall falling in two days, the KNMI said.

‘In general, extreme rainfall is becoming more extreme as the earth heats up,’ the KNMI said. ‘Local effects can strengthen or work against this, so that the result of a specific set of circumstances can be different.’

The large volume of rain fell on ground that was already saturated and that meant many rivers and streams burst their banks, causing widespread flooding and damage. In total, over 200 people are known to have died so far, most of them in Germany.

Meanwhile, the local authority in Valkenburg, which was the worst affected place in the Netherlands, is calling for a more comprehensive plan to tackle the flood risk, together with the local water board and the provincial council.

In particular, more attention needs to be paid to smaller waterways, such as the Geul river which runs through Valkenburg, and it must be a cross border effort they say.

‘We had rain and we had water from the Ardennes and the Eiffel,’ water board chief Lia Roefs said. ‘We known Limburg as the highest point in the Netherlands, but it is the lowest point in the Maas Rhine region,’ she said.

Damage caused to property in Valkenburg has been put at around €400m but the total bill in the region could mount up to around €500.

The national disaster fund said on Friday afternoon that €8.5m has been raised for people affected by the floods. This means the 8,000 households will each get a payout of €1,000, the fund said.