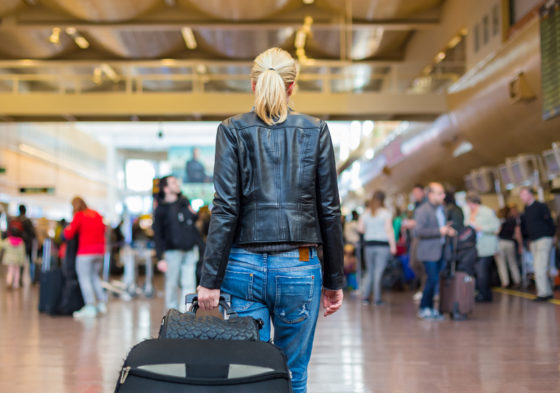 Only 23 fines have been handed out to people who have broken mandatory quarantine since it ws introduced on June 1, the health ministry has told the Telegraaf.

The 10-day quarantine period replaced flight bans from 25 high-risk countries, including Brazil, South Africa and India, on June 1, with a €339 fine and a criminal record for anyone caught breaking it.

The United Kingdom was added to the list on June 15 because of the rapid spread of infections caused by the Delta variant in Britain.

Critics say the system of checks is weak and some have called for flight bans to be reintroduced.

‘If the checks are not good, it is worrying,’ Utrecht teaching hospital virologist Bert Niesters told the paper.

‘The system is only as good as the checks and enforcement,’ said virologist Ab Osterhaus, who used to head the public health institute RIVM.

In Taiwan, for example, the fines can mount up to €30,000 he said. ‘Then there is a much stronger drive to stay home,’ he said. ‘This is a variant of the virus that you don’t want in your country.’

The quarantine checks begin in the country of origin, where the airline is supposed to check if a passenger has had a test. But in one in 300 cases, people arrive from a high risk country without the proper paperwork, a spokesman for the Kennemerland regional health board, which covers Schiphol airport, told the paper.

Even without papers they are allowed to go through to passport control. ‘We don’t test them because this is not what we have been asked to do by the health ministry,’ the spokesman said.

So far the ministry has had 5,513 quarantine declarations, which state where people will be staying and how they can be contacted. A team of 10 people from the ANWB motoring organisation then call the phone numbers which have been provided.

If they have doubts about where people are, they can alert the local council who can send officials to the address to check. In total, 307 alerts have been sent to councils, the Telegraaf said.

Rotterdam has sent out inspectors on 11 occasions, Amsterdam 58 times.

The Delta variant is expected to account for half of all infections in the Netherlands within a few weeks, public health institute RIVM said earlier in June.

However, the RIVM does not expect the variant to have a significant impact in the short term and hospital admissions are expected to keep declining. This is due to both the vaccination programme and seasonal factors.