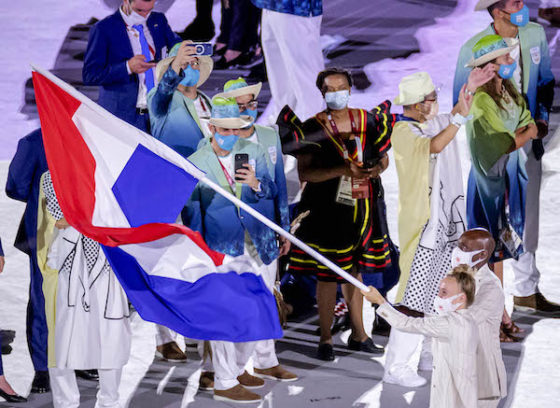 Some 40 of the 288-strong Dutch team at the Tokyo Olympics took part in Friday’s opening ceremony, with the delegation led by the Netherlands’ oldest and youngest athletes.

Sprinter Churandy Martina, 37, is taking part in his fifth and final games and shared flag duty with the youngest member of the team, skateboarder Keet Oldenbeuving, who is just 16.

The games, held over from 2020 because of the coronavirus pandemic, will run until August 8, largely away from spectators and amid strict Covid controls.

The Netherlands has high hopes this year and TeamNL has set a target of finishing in the top 10 of the medals table. The Dutch have qualified to take part in 34 of the 50 Olympic disciplines and, according to statisticians, could end up with a record haul of medals.

Here is list of just some of the most important dates for events featuring Dutch medal hopefuls.

July 25: Women’s road race, swimming,
The Dutch women dominate the sport and Marianne Vos, Annemiek van Vleuten, Anna van der Breggen and Demi Vollering are expected to pick up at least the silver between them.

In swimming, the women’s 4×100 freestyle relay team is also considered a medal contender.

Today is the final of the men’s 100 metres breaststroke swimming event, with Arno Kamminga a strong contender for the gold medal.

July 27, women’s triathlon, rowing and judo
Maya Kingma has an outside chance of the bronze. In Judo Sanne van Dijke and Noel van ‘t End, the 2019 world champion, are in action.

July 29, rowing, judo and hockey
Ilse Paulis won gold in the women’s lightweight double sculls in Brazil and is hoping to repeat the trick with new partner Mareike Keijser

No medals at stake yet, but the Dutch and British women’s hockey team meet at 12am in what is a repeat of the Brazil final, which Britain won after a penalty shoot out. The two men’s teams also meet on Thursday.

Guusje Steenhuis is a Dutch medal hopeful in the under 78 kilo judo event.

July 30: BMX, swimming
A spectacular sport and one in which Niek Kimmann, Twan van Gendt and Laura Smulders are seen as serious contenders.

Heats for the women’s 50 metres freestyle swimming event, in which Ramoni Kromowidjojo is a medal possible.

July 31: women’s 100 metres, windsurfing finals
The Netherlands is unlikely to pick up a medal but golden girl Dafne Schippers will be hoping for a place in the final.

August 2: women’s 5,000 metres, women’s discus, women’s 100 metres hurdles
The Netherlands’ best hope for a track gold, Sifan Hassan is in top form this year and will be hoping to add to her medal haul.

Jorinde van Klinken has an outside chance of a medal in the women’s discus while Nadine Visser will be hoping for a place in the 100 metres hurdles final.

August 6: women’s hockey and football finals, women’s cycling
The Dutch women’s hockey have an impressive record with gold in Beijing, London and then silver in Rio. They are hot favourites for the Olympic title this year.

The Dutch women’s football team, runners up in the 2019 World Cup, will also be hoping for a final place.

In women’s cycling, Kirsten Wild and Amy Pieters are strong candidates for a medal in the women’s Madison.

August 8: women’s boxing, handball
Middleweight boxer Nouchka Fontijn is in the ring and hoping to at least better her silver medal won in Rio. And if the women’s handball team have done as well as hoped, that final takes place on the last day of the Olympics.

For more international highlights, see the BBC’s Olympic website  and for the complete timetable, Olympics.com. 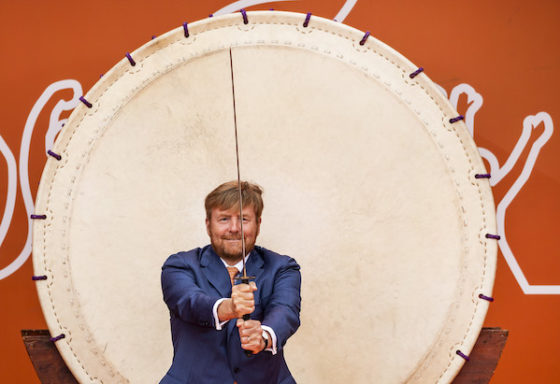 Meanwhile, king Willem-Alexander has flown back from holiday to formally open the Dutch Olympic Festival on the beach at Scheveningen.

The Beach Stadium includes giant screens where Olympic events can be followed and visitors can also try out a variety of Olympic sports.

‘We can’t be with you in Tokyo but we will follow your events and have confidence that games will be a great success,’ the king said in a statement for the Dutch Olympic team. ‘The Netherlands is looking forward to your performances. Enjoy taking part.’