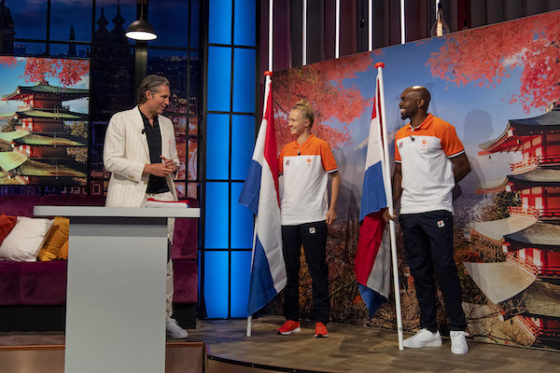 The Netherlands is sending a record squad of some 290 sports men and women to this year’s Olympic Games in Tokyo, which kick off on Friday with the opening ceremony.

The games, held over from 2020 because of the coronavirus pandemic, will run until August 8, largely away from spectators and amid strict Covid controls.

The Netherlands has high hopes this year and TeamNL has set a target of finishing in the top 10 of the medals table. The Dutch have qualified to take part in 34 of the 50 Olympic disciplines.

Among the sports where the Dutch have high hopes of winning are field hockey – the Dutch teams recently won both European championships – women’s football, sailing, swimming, cycling and rowing, where the Dutch are competing in 11 of the 14 races.

Sprinter Churandy Martina, taking part in his fifth and final games, is Dutch flag carrier at the opening ceremony on Friday alongside skateboarder Keet Oldenbeuving, who is just 16.

Mission chief and former Olympic swimmer Pieter van den Hoogenband told reporters earlier this month he would not make any predictions about how well the Netherlands would do.

‘I never liked it when people used to ask that when I was competing,’ he said. ‘But I do think we are well placed compared with other countries.’

Statistical analysis group Gracenote has forecast the Dutch will come in 6th with 48 medals, but warns that ‘this Olympics is even more unpredictable than usual’.

The best-ever Dutch medal winning performance at a Summer Olympics was Sydney 2000 when the Dutch picked up 25 medals.

‘The current projection is for the Netherlands to comfortably beat this record at Tokyo 2020 with more medals forecast in athletics, cycling – track, cycling – road and sailing than ever before,’ Gracenote says.

Economists at Groningen University too say they expect the Dutch to do well in the games, which involve 339 gold medals in total. Based on recent performance, Fabian ten Kate and Elmer Sterken too put the Dutch in sixth place, with a medal haul of 34, including 12 gold.

At the Rio Olympics in 2016, the Netherlands won 19 medals but did finish 11th the medals table overall.

Here are the main dates for the Dutch medal hopefuls