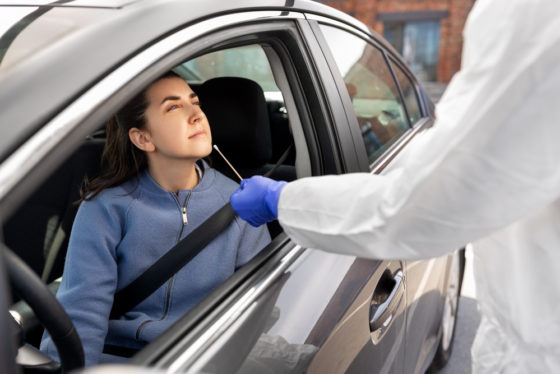 The number of positive coronavirus tests has doubled in the week since the government scrapped most of its preventive measures, including the face mask mandate and restrictions on bars, restaurants and nightclubs.

Latest figures from the public health agency RIVM show 8,541 people tested positive in the week to July 6 compared to 4,208 the previous week, an increase of 103%. The proportion of positive tests was also higher for the first time in eight weeks, going from 3.1% to 4.5%.

The marked decline in hospital admissions continued, with 47 people admitted in last week, half as many as in the last week of June. Seven people were admitted to intensive care, compared to 17 the week before, while 13 more deaths were recorded. 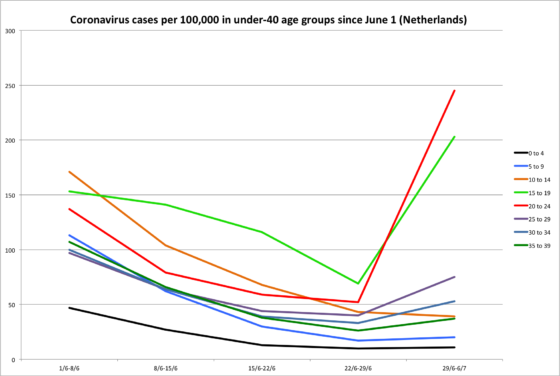 The daily number of cases has shot up since the start of July, after declining by around 80% through the month of June. On Tuesday the RIVM reported another 2,253 cases, over 700 more than on Monday and a 320% increase from seven days ago.

‘Even though more than 16 million vaccines have now been administered, a lot of people are still unvaccinated or not fully vaccinated. It is still therefore very important to keep to the rules,’ the RIVM said in a statement.

The higher numbers partly reflected increased testing now that people require a negative test to enter venues such as nightclubs and festival sites where the 1.5 metre social distancing rule does not apply.

Nearly one-fifth of last week’s positive tests (18.9%) were traced to catering venues such as bars, clubs or restaurants, while social gatherings such as weddings and parties accounted for another 12.7%.

More than 11% of people who tested positive had travelled abroad in the last two weeks, of whom 70% had been to Spain or Portugal.

The RIVM calculated that the reproductive number R, which indicates how many people the average infected person passes the virus on to, was 0.97 on June 21, a week before the number of confirmed cases started rising.