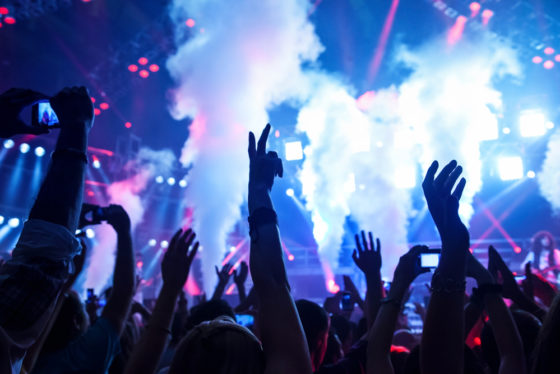 Around 1,000 visitors to a festival in Utrecht held over the first weekend in July are now known to have picked up coronavirus there.

In total, 20,000 people attended the Verknipt outdoor festival and the infections were spread over both days, according to local health board figures.

The festival was a ‘test for entry’ event, meaning visitors were admitted if they could show a QR code which showed they had either been vaccinated, had a negative coronavirus test or had recently had the disease.

It is the first time so many infections have been traced back to a single event and more cases are likely to be identified in the coming days, a health board spokesman said.

Utrecht’s mayor Sharon Dijksma, who attended the event herself, had described the presence of so many people without masks and social distancing as ‘special and a little tense’ on social media.

Some 37% of the past week’s positive tests with a known origin of the infection have been traced back to the hospitality industry. The figures were also dominated by the under-30s, the group least likely to be fully vaccinated, but most likely to be out on the town.

‘A lot of people spent a long time close together in a small space,’ Leiden epidemiology professor Olaf Dekkers told broadcaster NOS. ‘And that is the way to spread the virus.’

More than half of the Dutch think the cabinet was irresponsible when it decided to scrap most of the coronavirus measures on June 26, and 41% say tougher rules should be brought back, according to I&O Research.

The number of cases has gone up 500% since then, and the government has already closed clubs and toughened up the rules for admission to cafes and bars.

A month ago, when the infection rate was declining rapidly, 66% supported relaxing the rules.

The research also shows that 85% of the population plan to get vaccinated – in line with current forecasts by public health institute RIVM.