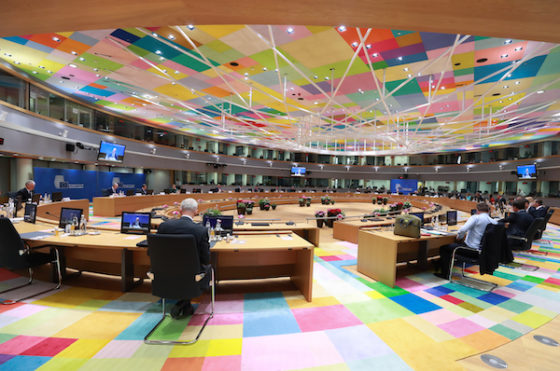 Luxemburg’s prime minister Xavier Bettel, who is married to a man, made a ‘very emotional’ call for action and ‘there were few dry eyes in the room at that point’, Rutte said after the first day of the EU summit.

Rutte said he had never witnessed EU leaders speaking so plainly before, adding that he himself told Hungarian prime minister Viktor Orban that ‘if you don’t like it, there is an alternative: leave the EU.’

Hungary’s controversial new law – that the EU Commission said discriminates against LGBTIQ people – hit a raw nerve with the majority of EU leaders. Dutch PM Mark Rutte asked Hungary’s Viktor Orbán why does he stay in the EU https://t.co/oMZIjdIcsz

The Hungarian legislation aims to stop all ‘promotion’ of homosexuality and gender realignment surgery to the under 18s and includes a ban on broadcasting television programmes and films which feature gay characters before 11pm. Teaching sex education in schools will be limited to people approved by the government.

And Hungary’s minister of justice Judith Varga dismissed Rutte’s comments as ‘another episode from the political blackmailing series’.

‘Hungary does not want to leave the EU. On the contrary, we want to save it from hypocrites,’ she said on Twitter.

Earlier in the day, Rutte said he would like to see Hungary expelled from the EU if it continues to go against EU values, although he admitted this would be a community-wide decision.

And Dutch D66 MEP Sophie in ‘t Veld pointed out that Hungary is more than Orban and his policies.

Too much honour. Hungary is more than Orbán. We want to ditch homophobia, but Hungary is one of us. https://t.co/DQ9mnj1PFj

The EU has no powers to intervene in Hungary’s own national laws but can start legal proceedings, Rutte said. ‘This is such a fundamental point, that if we let that go, we are nothing more than a trading block and a currency,’ Rutte said.

The gay-free zones in Poland are also an issue which needs to be tackled, he told reporters. ‘There are too many of these sort of issues emerging,’ he said. ‘I never thought that when I got this job (the premiership) 11 years ago, that we would be having these discussions about such fundamental values,’ he said.