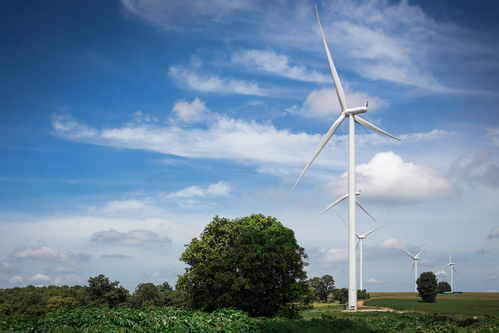 The RIVM is now setting up a so-called ‘expertise centre’ where scientific data on the subject will be collected and analysed, broadcaster NOS said.

Wind and solar energy have an important role in the efforts to achieve a 49% reduction in CO2 emissions by 2030, but local protests against the arrival of noisy turbines is increasing.

‘We think it’s important to keep our finger on the pulse, now that so many extra turbines are being planned all over the country,’ RIVM climate programme leader Joost van der Ree told NOS.

Overall, the transition to renewable energy is good for health, Van der Ree said, but there are negatives as well, such as the noise produced by wind turbines and pollution by the now controversial biomass power plants.

‘Noise can cause stress and lead to health problems. People who are saying the turbines are making them ill should be taken seriously,’ Van der Ree said.

There is no legal minimal distance between turbines and built up areas, and this has led to protests in Noord Holland where the provincial authorities want to approve a plan which will put them within 600 metres of people’s homes.

The legal noise level is 49 decibels, measured on the outside of the house, but much of the noise created by wind farms depends on the type of turbine and wind direction.

Vegetable grower Albert Hoedjes, for example has three turbines within 600 metres of his house in the Noord-Holland village of Anna Paulowna. ‘There is one at 320, 380 and 550 metres and their constant noise often keeps the family awake at night,’ he said.

It is not about the turbines per sé, campaigner Henno Dasselaar told the broadcaster. ‘I often ask people if they would object to the turbines if they made no noise at all and the answer is always no, it wouldn’t bother them.’

Many local authorities do consult locals by means of surveys but in many places the results are skewed because of the way the questions have been formulated, the Volkskrant reported on Friday.

There is very little room in such surveys for a ‘no’ to turbines, activists have said. ‘What it comes down to is that you can agree to having a turbine in your front garden or one in your back garden,’Jeroen de Rijk from Rheden told the paper.