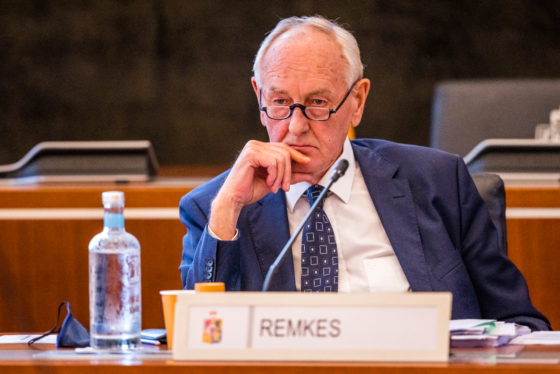 Nine parties in Limburg have agreed a deal to run the province two months after the previous government collapsed in the wake of a clientism scandal.

The extra-parliamentary government excludes the Christian Democrats (CDA), who have dominated Limburg politics for decades, and the province’s second largest political group, the far-right nationalist PVV.

The minority administration of seven parties, headed by the VVD, brokered a deal late on Friday with two opposition groups, the Socialists (SP) and Animal Rights Party (PvdD). They pledged their support in return for respective concessions on social policy and environmental issues, including extra measures to reduce nitrogen dioxide emissions.

The five CDA members stepped down in April after NRC revealed that former CDA assembly member Herman Vrehen had claimed hundreds of thousands of euros in subsidies for an environmental foundation he ran, IKL, which then awarded contracts to his own companies.

Two Limburg deputies, Ger Koopmans and Hubert Mackus, who were also affiliated with the CDA, were responsible for allocating the subsidies. They stepped down at the end of March, followed shortly afterwards by the rest of the administration and the province’s governor, Theo Bovens.

An independent investigation by the province found last month that the contractual payments by IKL to Vrehen’s 28 companies, with a total value of €93 million, did not break regulations.

Bovens was replaced in an acting capacity by veteran VVD politician and renowned troubleshooter Johan Remkes, until a new administration could be formed.

Former Maastricht mayor Onno Hoes oversaw the talks and produced a report on May 21 recommending a coalition of eight parties, including the CDA but not the PVV, with a total of 31 of the 47 seats in the provincial parliament.

Hoes said the parties on the ‘extremes’ – PVV and Forum voor Democratie on the right, and SP and PvdD on the left, were ‘viewed by too many parties as unstable components’. But the CDA, with nine seats, were unable to agree with the others on the key issue of administrative reform.

On Friday, shortly after Remkes said further delays were ‘irresponsible’, the CDA abruptly pulled out of the talks, forcing the seven remaining parties to seek a confidence and supply deal with SP and PvdD.