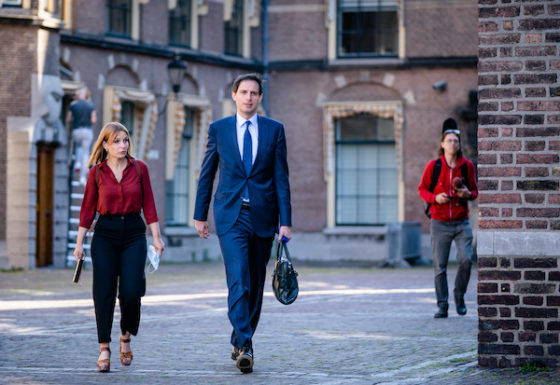 The option of a right-centre-left coalition government including the Labour party and GroenLinks has receded, now that CDA leader Wopke Hoekstra has said he thinks the left-wing parties are too far removed from his own.

The five-party coalition had been mooted as the Kaag option – a reference to the wish by D66 leader Sigrid Kaag to replace ChristenUnie with the two left wing parties and form a five party administration.

But Hoekstra told reporters on Tuesday, after meeting cabinet negotiator Mariëtte Hamer, that he did not envisage a left-wing block as being part of the next coalition. GroenLinks and the PvdA have both said they wish to be included in any new cabinet together – even though only one would be needed for a majority.

‘This is not the most obvious variant,’ he said. The most important issues for the CDA are the middle class, public safety, the next generation and a trustworthy government and there are major differences between how the CDA and the other two parties think about them, he said.

Hamer is due to present her report on the negotiations on Sunday but this is now likely to be delayed, the Telegraaf said.

The outgoing coalition of VVD, CDA, D66 and ChristenUnie has a majority in the lower house of parliament and added seats in the March general election. But it does not control a majority of votes in the senate and would rely on other parties to push through controversial legislation.

ChristenUnie, which had been highly critical of VVD leader and prime minister Mark Rutte in the wake of the Pieter Omtzigt affair, would be the logical choice of partner, although its leader Gert-Jan Segers has been keen to stay on the sidelines for now.

However, Segers is holding talks with Hamer and both Rutte and Hoekstra on Wednesday – opening the way for the current coalition to stay in office.