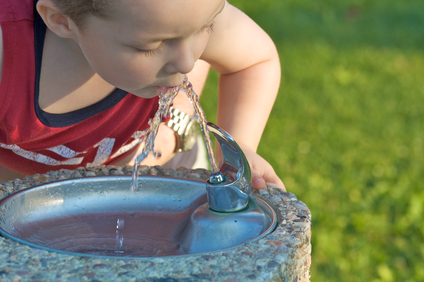 A programme to combat and prevent weight gain in children by making changes to their living environment has been successful, particularly in disadvantaged areas, research by Groningen University has shown.

Between 2013 and 2018 the number of overweight children in poorer areas who participated in the JOGG programme went down from 32% to 24%.

The JOGG programme, aimed at increasing healthy incentives in the children’s environment, is currently running in 178 local councils and reaches about a million children.

It is based on a French programme and was introduced in the Netherlands in 2010. Local councils can decide for themselves which measures they take when implementing the programme, such as more water taps in schools or including healthier food choices in the school canteen.

The research, the first into the impact of the scheme since it was launched, was carried out by PhD student Annita Kobes. She was given data on height, weight and sex for some 209,000 children aged between 9 and 12 by the local health board and compared those local councils who had adopted the scheme with those who had not, including their socio-economic status.

While the JOGG programme is successful, not all children benefit, Kobes told the Volkskrant. ‘JOGG is a fine programme but it is aimed at large areas and lots of children. It’s like a watering can: every child gets a drop. But some need a whole waterfall and others nothing at all.’

Kobes said early intervention is key, as well as a more individual approach for children who don’t benefit from JOGG.

Obesity expert Liesbeth van Rossum said that an overall drop in the number of overweight children is not surprising.

‘JOGG is aimed at structural changes in a child’s environment which helps to prevent weight gain. But more is needed for children who are already too big,’ she said. ‘It can take years for the positive effects of preventive measures to surface. It is good to see it can already be seen in vulnerable groups.’

According to recent CBS figures, the total number of overweight children is still increasing, and 18% of the under-25s are now overweight.

Experts say the government is ignoring opportunities to encourage people to make healthy food choices and could make a start by banning all advertising for food targeting children which does not fit into health eating plans.

Other options would include cutting or scrapping value added tax on fruit and veg, introducing a tax on sugar or banning fast food restaurants from setting up near schools, researchers say.