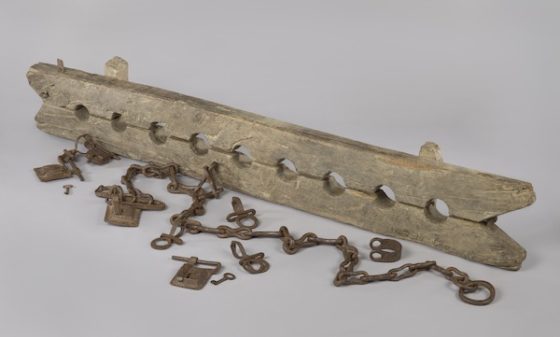 The leaders of the four big Dutch cities have written to parliament urging the next cabinet to do more to shine light on the Netherlands’ ‘hidden and difficult’ slave trade history, the Parool reported on Friday.

‘The stories of slavery and colonial history must be spoken about openly,’ the council chiefs of Amsterdam, The Hague, Rotterdam and Utrecht are quoted as saying in their letter.

The options include a public holiday on July 1, national research into the country’s colonial past and a specialist agency to combat racism and discrimination, the council leaders suggest.

Slavery in the shadows of the Golden Age

Amsterdam and Rotterdam have recently carried out research into the cities’ colonial history and involvement in the slave trade and slave ownership. Similar studies are underway in Utrecht and The Hague.

‘But it’s not only the cities that have a past,’ the council chiefs say in their letter, urging national government to implement a nationwide research project.

The results of this nationwide research could form the foundation for deciding if the Netherlands should apologise for its role in the international slave trade, they suggest. Amsterdam is expected to make such a gesture on July 1, when the end of slavery in the Netherlands is marked, and Rotterdam is considering taking a similar step.

The Dutch Afro-Surinamese community has been pressing for July 1 to become a public holiday, as it is in Suriname, and a majority of Amsterdam city council backs the move. This year, Amsterdam is also giving away a book on the city’s slavery past to everyone who wants a copy via libraries and the city hall.

The Dutch government has no plans at the moment to offer an apology for slavery and the Dutch role in the slave trade, prime minister Mark Rutte said last year. Two of the four coalition parties – D66 and ChristenUnie – had called on the government to take a stand but, Rutte said, a formal apology could end up increasing polarisation.

In 2023, it will be 150 years since legislation to abolish slavery was actually enacted in the Netherlands.