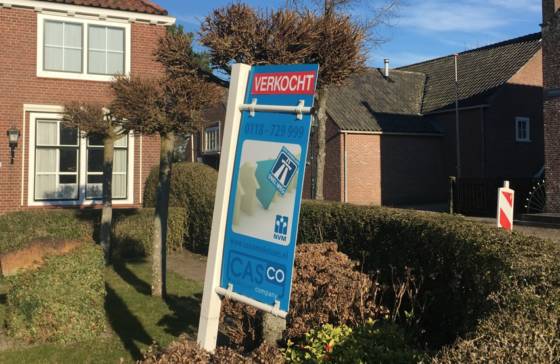 Investors are snapping up houses in the major cities. Photo: DutchNews.nl

Two of the largest four cities in the Netherlands plan to ban investors from the private property market as early as next year if the Senate approves a proposed law.

A survey of major municipalities by the Financieele Dagblad revealed that Rotterdam and The Hague, as well as Eindhoven and Haarlem, want to bring in the restriction in 2022. Amsterdam and Utrecht are also in favour of a ban but have not specified a date.

The law, which was passed by the lower house of parliament in March, would allow local councils to ban private investors from buying homes to rent out. Investors have been blamed for driving up house prices and putting them beyond the reach of first-time buyers.

Local authorities in regional cities such as Groningen, Enschede and Maastricht are also looking closely at the idea, but want to carry out more research on the effect of private letting first.

Amsterdam has already published plans to bring in local rules requiring people to live in a property if they buy it. The city council is also considering buying up stocks of social housing that come up for sale in order to keep rents affordable.

The housing market has been attractive to investors in recent years thanks to a combination of low interest rates, more access to finance and rising house prices. In October last year private investors owned 8.4% of the Netherlands’ housing stock, compared to 7.6% in 2017.

In the last quarter of 2020 private investors bought 40% of houses for sale in the major cities, according to figures from the Dutch land registry Kadaster.