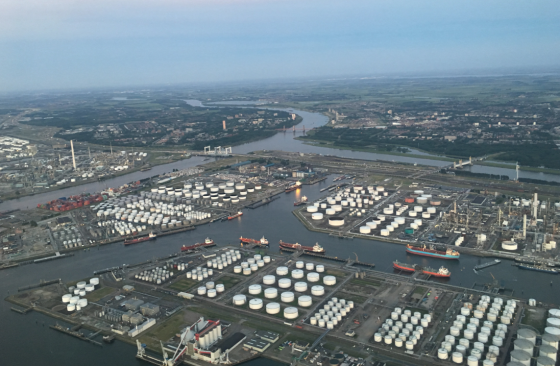 The Dutch government has allocated €2bn to a project to capture and store carbon dioxide in an empty gas chamber under the North Sea, broadcaster NOS reported on Monday, quoting Shell and Rotterdam port sources.

The Porthos project, which involves four companies based in the port area, will be the first large scale carbon capture scheme in the Netherlands. The 2019 government-brokered climate agreement states that half of the reduction in carbon emissions by industry could be done using the process.

At the moment companies pay for the right to emit carbon dioxide – currently around €50 a tonne. According to Rotterdam port authority calculations, capture and storage would cost around €80 a tonne. This means the government will pick up the difference and the subsidy will drop as the price of carbon emissions rise.

At the end of last year, Shell, ExxonMobil, Air Liquide and Air Products announced plans to apply for the Dutch government subsidy and said that by 2024, some 2.5 megatonnes of carbon dioxide could be stored in the empty gas chambers.

The infrastructure to reach the gas chamber, some 20 kilometres off the coast, will be put in place by the port, Gasunie and energy group EBN with the aid of European funding.

Earlier efforts to capture and store carbon emissions in the Netherlands have come to nothing. One plan, also involving Shell, was abandoned after protests by locals.

Shell is currently involved in other CCS projects in Canada and Norway.

Environmental group Greenpeace, which did not sign the Dutch climate agreement, says CCS is an expensive way to delay making real improvements to cut pollution.