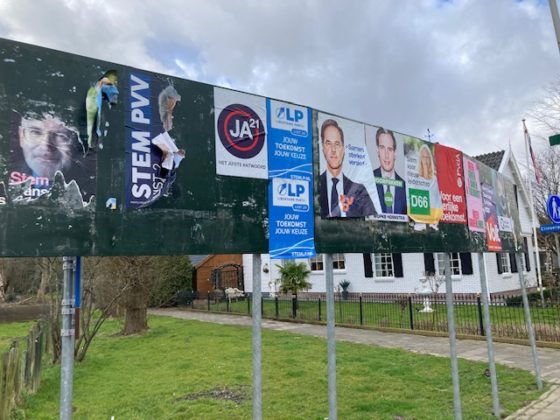 The VVD is to press ahead with Mark Rutte as leader and he has the full support of the party, senior party officials said on Saturday.

Their comments came after ChristenUnie leader Gert-Jan Segers said his party would not be in a coalition with the VVD, if Rutte continued to be prime minister, following what Segers said, is his ‘problematic’ way of dealing with the truth.

Rutte is at the centre of a political storm for apparently suggesting government critic and CDA MP Pieter Omtzigt be given a ‘job elsewhere’.  Rutte first denied having made the comments during early cabinet negotiation talks, but later was forced to admit he had.

VVD chairwoman Christianne van der Wal and parliamentary party leader Sophie Hermans said that Rutte is ‘the man who has moved the Netherlands through several major crises in a 10 year period.’

Mistakes have been made, they said. ‘But what matters is that the intentions were good. And that lessons are learned. That goes for our party and, in the first place, for Mark Rutte himself.’

The next stage in the cabinet formation process is up to parliament, Van der Wal and Hermans said.

MPs are expected to on Tuesday appoint someone to begin a new round of talks to assess potential coalitions. MPs voted last week to give the role to someone who commands widespread respect and who is not too closely connected to parliament.

Rutte too says he has no intention of standing down. The events of the past few days have not left him ‘unmoved’, Rutte said. ‘But I am ready to come out fighting.’