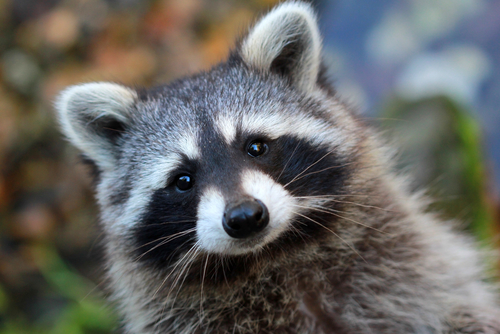 A raccoon which had been drawing crowds while sleeping in a tree in the town of Vught has been sedated, caught and taken to a an animal sanctuary.

Raccoons are considered an invasive species which poses a threat to native wildlife and according to European guidelines, the animal should have been destroyed or at least prevented from reproducing. It also carries a parasite that can be dangerous to humans.

The province has a culling policy in place and it is not clear why an exception was made in this case. According to some reports, the town council had already given the order for the animal to be shot.

The animal had been staying in the tree, mostly asleep, for days which made it an easy target for vet Peter Klaver who took his blowpipe, loaded it up with a tranquiliser dart and shot the animal in one go.

‘The animal – a female – started to wobble ten minutes later and fell into the net,’ Klaver told the AD. ‘The animal is healthy and in good condition.’

How ‘Wally de Wasbeer’, as the raccoon was dubbed, ended up in the tree is not known. It may have been kept as a pet and escaped,’ Klaver said, ‘or it may have hitched a lift in a car from Zuid Limburg where raccoons still live.’

Boars, beavers and geese – the Netherlands is in for the cull

Animal welfare organisation Stichting AAP said they would put the animal with two other raccoons they are taking care of.

‘We look after raccoons from Limburg where it has been decided to catch raccoons instead of culling them, which was supposed to have happened in Noord-Brabant. As soon as we find a safe place for her in a zoo we will take her there,’ a spokesman said.

Limburg has the biggest population of raccoons but the animals have also been spotted in Noord Brabant, Gelderland and Noord-Holland.