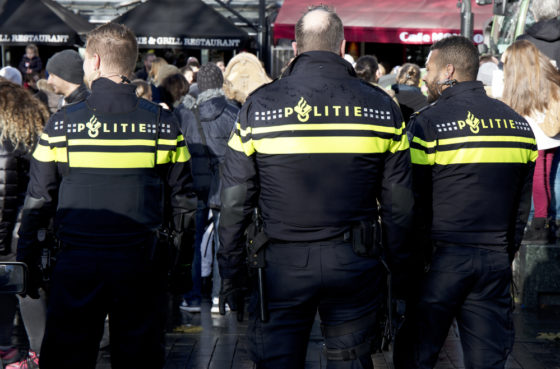 Within five years time, at least 35% of the new police officers in the central urban part of the Netherlands should have a ‘non-western’ ethnic background, two regional police chiefs have told the NRC.

The target is part of an action plan to make the national force, currently numbering some 65,000 officers, ‘more diverse and inclusive’, Martin Sitalsing and Gery Veldhuis have told the paper in an interview.

Sitalsing and Veldhuis have been charged with implementing the plan ‘Policing for everyone’ which, they say, must lead to a drastic change in the make-up of the national force.

Recent incidents in which individual officers have been involved in racist incidents within their own circles have ‘helped to propel the police into action,’ Sitalising said.

Some 17,000 police officers will be appointed over the next five years and this is ‘the opportunity to invest in diversity and an a new culture to bring about real change,’ he said.

The previous target was to ensure 25% of new officers had a minority background, a percentage with none of the 25 regional forces comes near to meeting.

Survey after survey confirms racism does exist in NL

In particular, the forces in the Randstad – which includes the big four cities – needs improvement. ‘In some neighbourhoods, 60% of the population has ethnic minority roots, in Kanaleneilanden [Utrecht] is it 80%. And we are well away from that as a police force,’ Sitalsing told the NRC.

A more diverse police force, he said, is important to be able to continue to operate as it now does, particularly in building community links. ‘The local beat officer is a bit of a cultural icon and can go everywhere,’ he said. ‘But that is coming under pressure in some neighborhoods.’