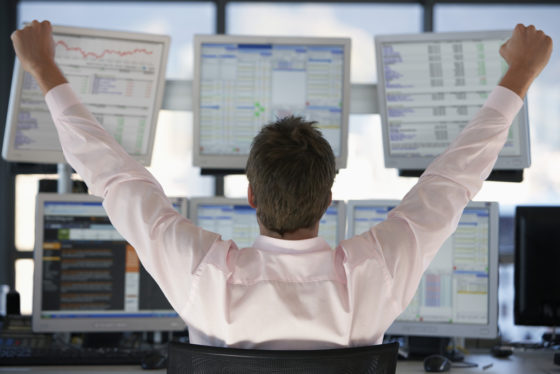 Amsterdam trading house Optiver has been ordered to pay a former female trader over €400,000 in compensation and a redundancy package for failing to tackle the unsafe corporate culture facing its female employees.

The woman, a 28-year-old British national, joined the company straight from university as a trainee in 2014, and was the only female trader in a team of 45. Together they worked in what the court said was ‘a high energy environment’ and ‘under great pressure to achieve financial results’.

But this, the Amsterdam court said, had resulted in the acceptance of behaviour that would be ‘considered unthinkable in any other environment by today’s standards’.

To celebrate a good trade, music with sexual connotations, such as ‘Jerk it out’ and Bitch2 were played, while traders took clients to strip clubs. Company drinks parties were known for their excesses, so much so that the company’s two female traders stopped attending them.

The former employer first started raising the issue of harassment in 2018. And in 2019, the company’s head of trading wrote to her saying ‘We want to create an environment where you can actually join again company events, and or separate team events. (…).’

This, the court said, meant Optiver knew that the corporate culture was unsafe for young women. Nevertheless, an investigation started in 2020 following a formal complaint was limited to an attempted rape claim dating from 2006, and closed without result.

The court said the former female trader was right to complain about the company’s passive approach and that Optiver had failed to do enough to tackle the excesses.

Optiver told DutchNews.nl in a reaction that the company is committed to being an inclusive organisation that provides equal opportunities to everyone and takes allegations or incidences of inappropriate behaviour seriously.

‘Our policies and procedures are focused on protecting employees and ensuring that any inappropriate behaviour is handled properly,’ the statement said.

‘The court found that Optiver did not do enough to ensure that its female traders could perform their work in an environment that was pleasant to them. We regret this and have since provided additional support such as training, coaching and mentoring.’