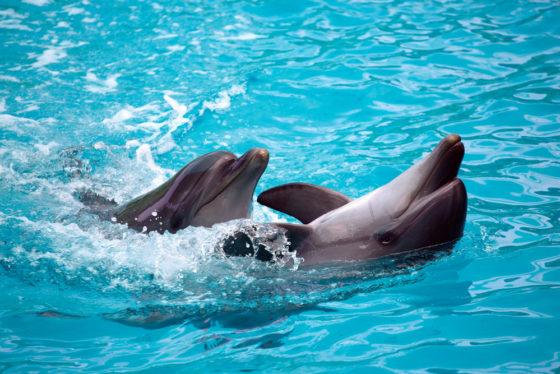 The dolphins at the Dolfinarium in Harderwijk will no longer perform tricks for the public following a critical report about the animal’s living conditions at the marine zoo.

An investigation commissioned by the agriculture ministry found that the dolphins are too often used as performers and entertainment which, the ministry said, is not in line with the educational role that the centre is supposed to have.

The centre, which has been sustaining heavy losses because of the coronavirus crisis, said it will not be abolishing the shows altogether but will now concentrate more on the animals’ natural behaviour.

The Dolfinarium, which opened in 1965, is also transferring two walruses, eight bottle nose dolphins and two sea lions to a marine zoo in China because of subpar living conditions. The animals were kept in tanks too shallow to dive to the depths they are used to.

A ban on breeding was not among the report’s recommendations. The park had already stopped the artificial insemination of dolphins following a broadcast in 2016 by investigative programme RamBam showing secretly recorded footage of a worker manually stimulating a dolphin to produce semen.

‘We have enough dolphins at the moment, but we may start the breeding programme up again in the future,’ manager of the Dolfinarium Alex Tiebot told the broadcaster.

World Animal Protection wants MPs to press for a ban on breeding and are setting up a petition. ‘A dolphin born today could live for over fifty years in captivity. That is unacceptable,’ the organisation said.