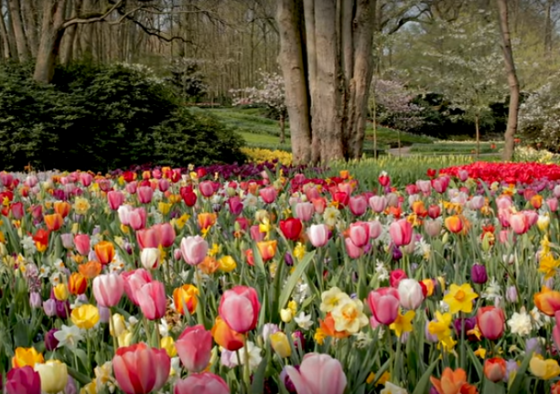 Football stadiums, the Paradiso concert hall, casinos, the Keukenhof flower gardens and the Efteling amusement park are among the locations which are to be allowed to admit limited numbers of people in a string of experiments to hold coronavirus-free  events.

In total, tickets can be picked up for over 330 theatre performances, museums and listed building visits later this month. Some swimming pools will open, as will zoos nationwide and 7,500 fans will be able to watch Ajax take on AZ in the Eredivisie football league.

The government’s plans to sanction a series of public experiments to allow museums, amusement parks and theatres to re-open to people with a negative coronavirus test were first made public last month. Now, more details have been published about the trials. 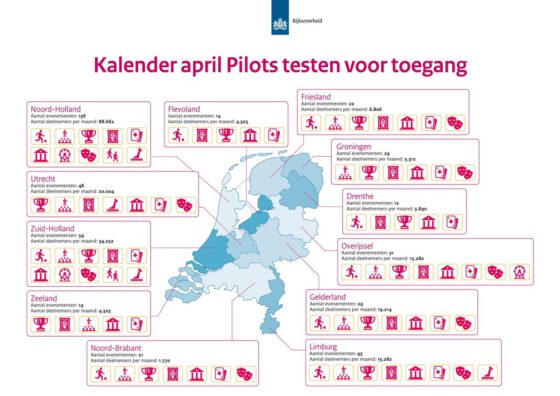 ‘Although the epidemiological situation is still precarious, the cabinet considers it to be responsible to carry out these pilots,’ ministers said in a briefing to parliament.

The choices about what can open and when have been made on a national basis to ensure a fair spread of events and as wide a range as possible.

For example, the Keukenhof will be able to admit 5,000 visitors on April 9, 10 and 11 and on the following weekend. ‘We are so happy that we can take this first step, and we hope that later we will be able to welcome more visitors,’ director Bart Siemerink told news agency ANP.

In total, 43 theatres will also be able to open their doors. All have a fast test location close by and will have to keep to the 1.5 metre rule. The programme will also have to take the 10pm curfew into account.

Ellen ten Damme, Peter Pannekoek, OG3NE, Wende Snijders and Herman van Veen are among the performers who will be on stage during the experiment.

Selected museums such as the Joods Historisch Museum in Amsterdam and the Groninger Museum will able to admit a limited number of visitors.

Some matches in the 30th round of the Eredivisie and 36th round of the first division will be played with fans, varying in number from 380 to 7,500. Football clubs which have been accepted for the experiments can decide how to divide up the tickets between them.

The Efteling amusement park will also open for 8,000 visitors on April 24, with tickets restricted to season ticket holders.

A number of listed churches, castles and other buildings will also be able to open their doors at on the weekend of April 9.

Special drop-in testing centres have been set up for visitors who will all need proof they do not have coronavirus in order to attend an event.

Appointments can be made online and are free, with the results published within an hour. Negative tests from a regional health board centre or from a private test centre or home test will not be recognized for the purposes of the experiment.

People with a negative test result will be emailed a code which they can use in the CoronCheck app, which will then be part of the entry requirements for the event.

Despite the positive signal, health minister Hugo de Jonge has warned against too high expectations. ‘We should not conclude that things are going better, because we can do all kinds of things again,’ the minister told news website Nu.nl. ‘No, unfortunately we are not there yet.’

However, Ernst Kuipers, chairman of the acute care association Landelijk Netwerk Acute Zorg has described the decision to hold events for people with a negative test result as a positive step.

‘This will generate a lot of important knowledge and give a boost to relaxing the rules in the coming period,’ he said.

The 25 mayors who make up the regional safety committees gave also said they are ‘cautiously optimistic’ about the government’s strategy. ‘It is a realistic, well thought out plan,’ chairman Herman Bruls said.