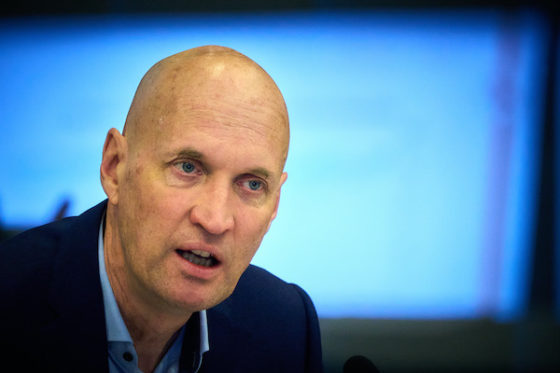 Three months of curfew have not had any effect on the number of coronavirus-related hospital admissions in the Netherlands but the measure was needed to slow the spread of the virus, the head of the Dutch intensive care association has said.

Ernst Kuipers told television talk show Beau on Wednesday evening that the curfew was an essential but ‘uncontrolled experiment’ which ‘had to be done’.

‘The calculation was that the curfew would reduce hospital admissions by 10%,’ he said. ‘But if you look at how hospital admissions have progressed during the period, you can see no effect through the introduction or the change in the time [from 9pm to 10pm].’

Nevertheless, Kuipers said, the curfew had to be introduced to head off the risks presented by the more infectious form of the virus first identified in Britain. ‘We had an R value (reproduction rate) of just under 1, and we knew that it would go up with the British variant,’ he said.

In Britain, at the time, the reproduction rate rose by 30% to 40% and initial projections in the Netherlands suggested the R rate would go up from just under 1 to 1.2 or 1.3, Kuipers said.

The R rate in the Netherlands is currently around 1.05, but rose no higher than 1.16 during the curfew period.

Opponents of the curfew have seized on Kuipers’ comments to renew their attacks on the government’s strategy.

Anti-coronavirus measure group Virus Waarheid, which went to court to try to have the curfew ruled illegal, said it would use Kuiper’s comments in new legal action planned for next week.

‘This supports our story,’ the group’s legal advisor told the AD.