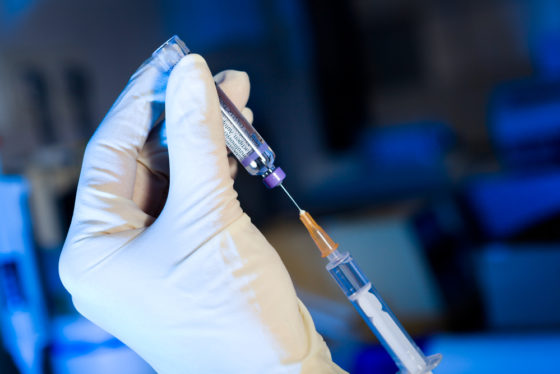 The government’s decision to stop using the AstraZeneca vaccine on people under the age of 60 because of the very minor risk of rare blood clots has led to confusion and questions and will also cause delays in the vaccine roll out, experts say.

The decision goes against the advice of the European Medicines Agency, which said that while there may be a link between a rare form of thrombosis and the AstraZeneca coronavirus vaccine, the advantages of the vaccine outweigh the disadvantages.

The Dutch decision, based on the recommendations of the national health council, has angered some health experts. ‘If you don’t have an alternative, carrying on vaccinating delivers far more than excluding a group,’ professor Saskia Middelkoop of Radbout MC teaching hospital told the Volkskrant.

‘The [decision to] stop is such a shame, as we are now saving lives,’ professor Carin Uly-de Groot of Erasmus University told the paper. The risk of dying from coronavirus is 20 times higher than developing this rare form of thrombosis for a woman under the age of 60, she said.

Some 34 million doses of the AstraZeneca vaccine have been given in Europe and so far 169 cases of the rare blood clots have come to light, including 18 deaths. In the Netherlands, where 400,000 people, mainly healthcare workers, have been given the vaccine there have been eight reports and one death.

Despite the decision to stop vaccinating the under 60s with AstraZeneca, health minister Hugo de Jonge said the Netherlands remains on target to ensure every adult who wants to be vaccinated has had at least one shot by early July.

The Netherlands is due to be delivered 11.1 million doses of the Pfizer, Moderna and Janssen before that date, and there are 14.1 million people in the Netherlands on the list to be vaccinated. Of them, approximately 1.8 million have already been given the jab.

But nevertheless, the decision is ‘is a major blow and will lead to delays in the short term,’ vaccine expert and professor Gideon Kersten told broadcaster NOS.

The decision to suspend using the vaccine on the under 60s has also led to anger among some who already had an appointment because they have health issues. ‘I am an adult and perfectly capable of calculating the risk myself,’ one man in his 40s told DutchNews.nl.

The seniors lobby group KBO-PCOB has also urged the government to improve its communications, saying it has been flooded with phone calls and emails from concerned elderly people.

Director Marcel Sturkenboom says he trusts the minister ‘has really good reasons’ and can substantiate why the vaccination of the 60-plus group will continue. ‘But this group is also entitled to good (scientifically substantiated) explanations and more extensive communication than is currently the case,’ he said.

At the moment only people in the 60 to 64 age group are being given the AstraZeneca vaccine in the Netherlands, as well as people with Down’s syndrome, or have serious health risks.