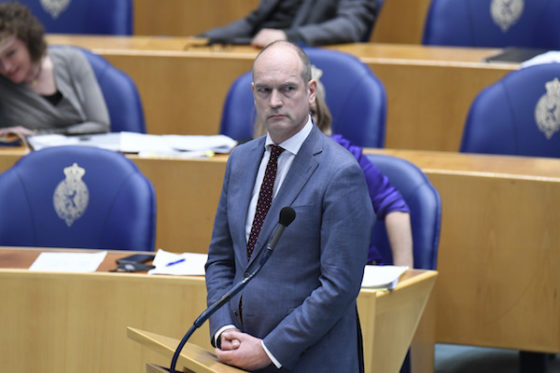 Minor coalition party ChristenUnie has said it will not take part in a new cabinet with the right-wing Liberal VVD if Mark Rutte remains its leader, in a further blow to the caretaker prime minister.

ChristenUnie leader Gert-Jan Segers said in an interview with the Nederlands Dagblad that a new Rutte-led cabinet would not be able to ensure a change in the political culture in ‘any credible way’.

‘Too much has happened’ under Rutte to take part in a new cabinet led by him, Segers said. ChristenUnie, he said, could not be part of a political culture in which elections are treated as ‘irritating interruptions’.

The decision, he said, is about Rutte as the embodiment of the political culture of the past 10 years. ‘It would not be credible if the man responsible for that culture leads the cabinet which is supposed to change it.’

Segers said he had told Rutte personally about his decision.

The six ChristenUnie MPs in the new look parliament voted against the motion of no confidence in Rutte on Thursday night, allowing him to survive the vote with just the support of the current coalition.

Rutte came under very heavy fire in from all parties in parliament when it emerged he had discussed the role of government critic and CDA MP Pieter Omtzigt in early talks on putting together a new government, after first denying he had done so.

ChristenUnie did support a motion of censure against Rutte which was drawn up by the other two coalition parties – D66 and the CDA.

The VVD is by far the biggest party in parliament after the March vote. However, commentators say Rutte’s position has been extremely weakened by the controversy and that this will seriously hamper efforts to put together a new coalition.

The NRC says in an editorial on Saturday it is right that Rutte was not thrown out of office immediately, given the current crisis. However, the no confidence vote was ‘a crystal-clear signal that the entire lower house, except for Rutte’s party, thinks that he has gone too far this time,’ the paper said.


It is to be hoped that Rutte will use this Easter weekend for self-reflection, the paper said.  ‘A prime minister who, in his own words, ‘doesn’t lie’ and is still not believed, may be in office, but without actual power. The VVD must assess whether Rutte’s interest is still the party’s interest.

‘In any case, the country does not benefit from a weak prime minister,’ the paper said. ‘Then it would be wise to follow the signal that parliament gave.’