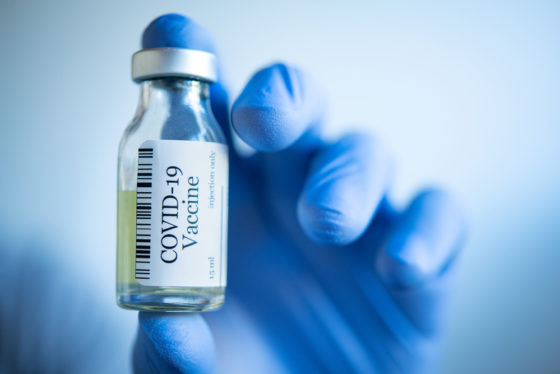 The Netherlands is ready to block shipments of AstraZeneca’s coronavirus vaccine if Britain does does not agree to a deal to share vaccines more fairly with the EU, Dutch government officials have told Politico.eu.

If the EU and Britain fail to reach agreement and Brussels decides to block the export request ‘the Dutch government can be expected to follow the Commission in its verdict,’ a diplomat told the website.

A Dutch pharmaceuticals maker in Leiden is at the centre of the dispute about the EU’s role in vaccine supplies, even though it is unclear if the plant is licenced to produce the coronavirus jab for mainland Europe.

EU leaders are due to meet on Thursday to discuss the Brussels’ threat to ban exports of the AstraZeneca vaccine to Britain and, according to the BBC and Daily Mail, the deliveries in question are made at the Halix plant in Leiden.

In principle, the Netherlands remains in favour of a free flow of vaccines across borders, but it is keen to make sure ‘AstraZeneca didn’t abuse that openness to fulfil only its contract with Britain, the diplomats told Politico.eu.

EU countries can use an export control regulation to block shipments if the Commission says such an export would post a risk to the EU’s advance orders.

AstraZeneca has twice said it will not be able to meet EU orders since the vaccine was approved for use in Europe. The company was contracted to supply 90 million doses of vaccine to Europe in the first quarter but that is unlikely to top 30 million. Second quarter deliveries have also shrunk from 180 million to 70 million.

According to Britain’s Telegraph newspaper, Boris Johnson is prepared to compromise and share the distribution of supplies manufactured at the Dutch plant.