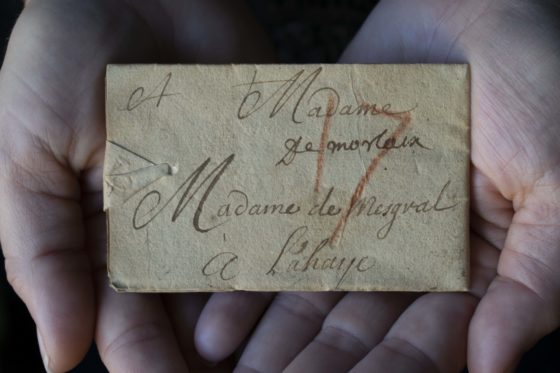 An international team of researchers have used advanced scan technology to read a 300-year-old letter without opening it.

The letter forms part of a treasure trove of 2,600 letters that were written and sent between 1689 and 1706 but never reached their destination. Undelivered and unclaimed, these so-called dead letters were kept in a linen-lined leather chest waterproofed with sealskin where they remained, perfectly preserved, for the next three hundred years.

The prudent owner of the chest was Frenchman Simon de Brienne. In 1676 De Brienne became postmaster of The Hague and assumed responsibility for the postal traffic to and from France, the southern Netherlands and Spain. The chest now forms part of the Museum for Sound and Vision in The Hague.

Many of the letters have since been read, revealing gossip and scandal as well as reports of political turmoil and heartbreak but some 600 have remained unopened because it would mean breaking the seals or cutting up the letters.

No envelopes were used at the time. The contents of the letters were protected from prying eyes by means of letter locking, a folding method particular to the sender which could be very intricate. 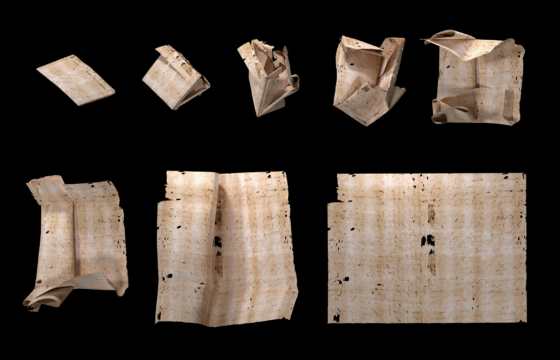 The unfolding sequence of the letter. Illustration: Jana Dambrogio (MIT)

The team of scientists from Leiden, Groningen, Utrecht, Oxford and Yale universities, chose one of these letters to become the object of a scanning technique called X-ray microtomography, a technique normally used to analyse bone and teeth.

‘We wanted to read the letter but it’s a historical artefact and opening it by hand would have damaged it. We had to turn to technology to see if we could read it unopened,’ researcher Rebekah Ahrendt told broadcaster NOS.

The letter, dated July 31, 1697, was sent by Jacques Sennaques to his cousin Pierre Le Pers, a French trader in The Hague at the time.

The scans picked up iron particles in the ink to render an image of the individual letters, while an algorithm unfolded the letter digitally. The resulting bits had to be put together like a jigsaw puzzle, Ahrendt said.

The contents of the letter revealed that Sennaques asked for a watermarked death certificate of one Daniel Le Pers. He also asked after Pierre’s health.

‘The letters are important because they tell us about the life of ordinary people. These are not letters written by the elite,’ Ahrendt said.

Researcher David van der Linden said team are hoping to adapt the algorithm so that the other letters can be read as well.