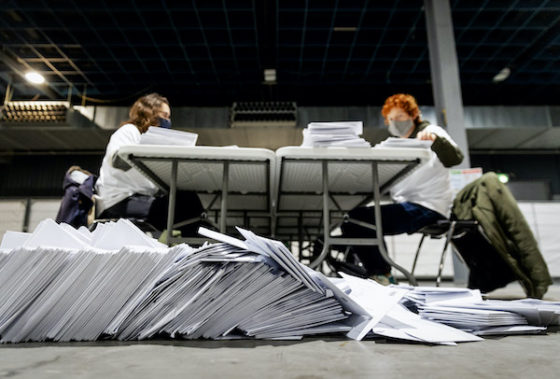 Home affairs minister Kajsa Ollongren is amending the rules for counting postal votes, after election officials reported that up to 8% would be declared invalid without change.

People over the age of 70 have been allowed to vote by post to avoid them coming into contact with too many people at polling stations.

In total, 2.4 million people were sent a ballot paper and a voting card. They were supposed to put the ballot in a special envelope and then to place that plus the voting card in a second envelope and mail it to the count.

But thousands of people have placed both cards in the same envelope which would technically render their vote invalid. Voting is supposed to be secret and by doing this, officials checking voting cards would be able to see how people had cast their ballot.

Ollongren has now told officials counting postal votes not to unfold the ballot paper after checking that voting cards are in order, and to place them directly in the ballot box. ‘This will ensure voting secrecy is guaranteed,’ Ollongren said.