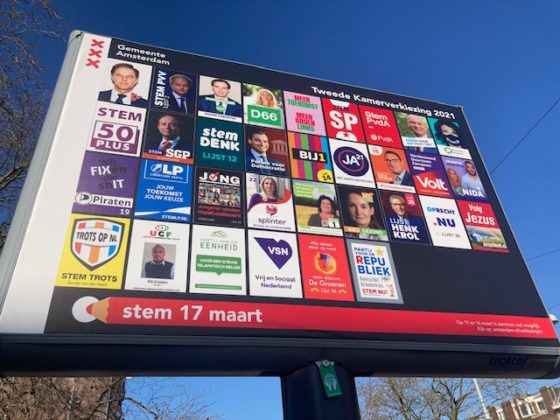 The Netherlands elected 150 members of the lower house of parliament on Wednesday. Here’s a round-up of the latest post-election news.

Gulf between town and country

The Volkskrant has looked at which is the biggest party in the 352 local authority areas and concludes there is a widening gulf between the ‘cosmopolitans’ and the ‘nationalists’.

D66 and Volt are particularly popular in urban areas, the paper points out, while the PVV was the biggest party in the far east of Groningen, in Volendam and Edam, and in parts of Limburg.

The fundamentalist Protestant party SGP won the biggest share of the vote in 10 local authority areas – and had an absolute majority on the former island of Urk. ChristenUnie was biggest in two.

D66 and the CDA both dominate in a handful of areas but the VVD leads in the overwhelming majority. The results will be looked at carefully by local politicians, given there are local elections next year.

Around 40 of the 150 MPs elected to parliament this week will be new faces. Their number includes D66’s Lisa van Ginneken, who becomes the first transgender MP. ‘I am very happy and have been working towards this for years,’ she told RTL. ‘When it became clear I would be an MP, I realized it was historic. This is a big moment for transgender people in the Netherlands and worldwide, really.’

Television presenter Lucille Werner, who has hosted over 2,000 episodes of the quiz Lingo during her career, joins the CDA parliamentary presence. Werner, who walks with a strong limp after being deprived of oxygen at birth, is also a disability rights campaigner.

The far right Forum voor Democratie includes Hans Smolders, the former driver of murdered populist politician Pim Fortuyn. Smolders has already said he plans to keep his two other jobs – as Tilburg city councillor and as a member of the Noord-Brabant provincial council.

The Telegraaf points out that the two biggest parties after the election – the VVD and D66 – both included an increase in the minimum wage in their manifestos, so this is one issue which will come on board in the coalition agreement.

Some two million people currently earn the minimum wage, or close to it, the paper said, mainly young and working via staffing agencies or in low skilled roles.

Currently the minimum wage in the Netherlands is €9.72 for an adult working 40 hours a week – or € 1,684.80 a month. Both parties had called for a 10% increase. The FNV trade union federation has called for an increase to €14 an hour.