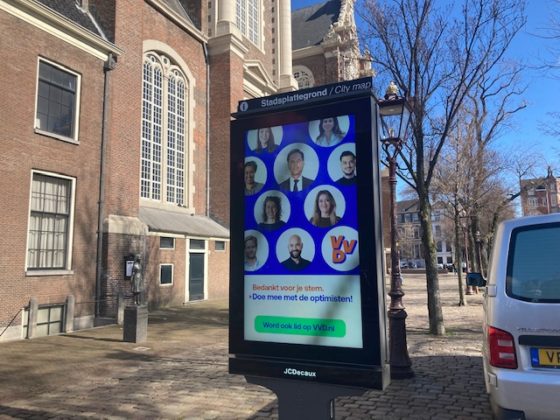 With work now starting on putting a new coalition government together, attention is focusing on the performance of the far right in last week’s general election and how the left can move forward.


Not the D66 win but the combined 28 seats for the extreme right is the real news coming out of the Dutch elections, commentator Kustaw Bessems says in an essay in the Volkskrant.

Some have argued that support for extreme right in this election has not fundamentally changed the political balance in the Netherlands. However, while the numbers are not that significant – after all Lijst Pim Fortuyn and Leefbaar Nederland won 28 seats between them in 2002 – the content is very different, Bessems argues.

Leefbaar Nederland at least advocated strict penalties for racism and discrimination and Fortuyn included ‘extra care in areas such as housing, education and cultural education for people with a socio-cultural disadvantage’ in his manifesto. Neither comes close to Wilders and Baudet, Bessems said.

There has been a shift towards radicalism and no matter how limited the influence these parties may have in the coming years, the results show that one fifth of Dutch voters either support or do not mind extremist views, he argues

And only if Sigrid Kaag makes good on her promise to represent broad swathes of society can this rift be healed, Bessems said.

A similar point is made by columnist Sheila Sitalsing. ‘Nineteen years on, the Fortuyn agenda reads like a discussion paper from the extreme left wing of the VVD, in which some of the old Liberals are saying that ‘just fight your way in’ is a poor approach to integration and are ashamed that so little money is going to aid for developing countries,’ she wrote.

The shift is also reflected by the language used by the politicians of today to speak about refugees, immigrants and people with different beliefs, she writes. Today’s  ‘right-wing conservatives’ speak about Muslims as if they are cockroaches and the ‘centre right’ [VVD] wants to withdraw from the UN refugee treaty, she points out.

The PVV manifesto, she writes, calls for a ban on mosques and the Koran, a ministry of de-Islamisation, and to remove refugee permits from Syrians. And JA21, she notes, has already forgotten that they left Forum voor Democratie because of the racism within an app group and is already taking about ‘constructive’ cooperation with Baudet.

No @guardian. D66 = more a liberal party and was not the big winner of the Dutch elections: that was actually the far right. By recycling these false ideas of a progressive Netherlands, you are contributing to silencing racism and xenofobia in this country https://t.co/9fUszCH8lp

While the right have shifted further to the right, on the other end of the political spectrum the parties are in disarray.

Together, the Socialists, Labour party and GroenLinks now have just 27 MPs, with support for the SP and GroenLinks virtually halved. New entrant BIJ1, which calls for ‘radical equality’, just scraped one seat.

Former PvdA leader Job Cohen says the three traditional parties on the left should form a new block as a result of the severe hammering they received from voters.

Issues the new party would have to embrace would include an affordable climate policy, and a more generous attitude to refugees, while at the same time looking after the interests of the people who already live in the poorer areas where refugees come to live, Cohen said.

Trouw says in an analysis that some of the issues traditionally the territory of the left have now been taken over by others.

The VVD wants to ‘tidy up the fringes of capitalism’ while the CDA wants to scrap the extra tax on housing corporations. D66 made a big point out of equality of opportunity and nearly all the parties want a higher minimum wage.

These are issues which are attractive to people, the paper said. ‘Some 60% to 70% of the population think the gap between rich and poor should be smaller.’

This means that before the left can merge, the individual parties will have to go through ‘a ritual after a defeat’ to find out why they were so convincingly trounced, the paper says. ‘Only then can they find an answer to the question of how to make the left relevant again,’ the paper said. ‘A merger can never be the only answer.’