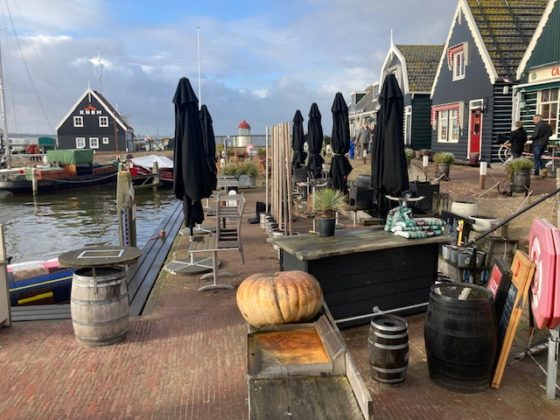 Plans to reopen terraces are in doubt. Photo: DutchNews.nl

Coronavirus cases increased by almost 25% in the second week of March, dampening hopes that lockdown restrictions can be eased at the end of the months.

The public health agency RIVM said in its latest bulletin that the situation was still ‘worrying’, with an R value above 1 and more than 2,000 patients in hospital.

Health minister Hugo de Jonge said there were signs of a third wave beginning following sharp rises in the number of cases reported daily. The increase is partly the result of more tests being carried out, with 7.7% of tests returning a positive result compared to 8% the previous week.

‘We have known for a while that the British [B-117] variant is more infectious than the variant we had before,’ De Jonge said after a cabinet meeting on Tuesday. ‘And that is taking up a greater share, which we knew would mean a rise in the R value. That is exactly what we are seeing now.’ 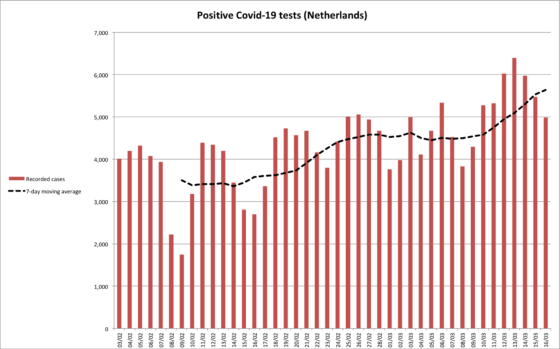 In the seven days to Tuesday 39,527 people tested positive for coronavirus, 23.7% more than the previous week’s figure of 31,959. The total number of tests taken was 28% higher.

The R value went up from 0.99 to 1.06, while 75% of infections are now attributed to the B-117 strain, which first appeared in December. The French health ministry recently said a potential new variant had been detected in the Brittany region, but no infections with this strain were known in the Netherlands, the RIVM said.

The number of patients admitted to hospital and intensive care were almost unchanged, at 1,234 and 268 respectively, while another 204 deaths were announced, 24.2% fewer than in the previous week. 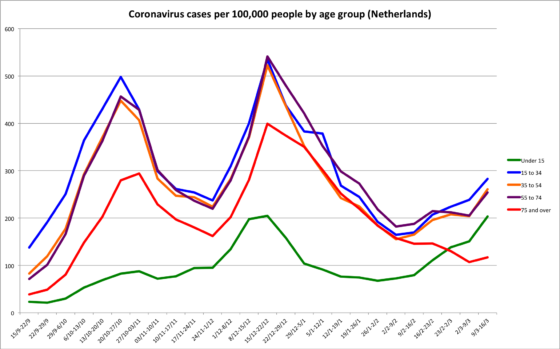 The biggest increases were among school-age children, including a 47% rise in cases in the 10 to 14 age group, and people aged between 25 and 60. Most of the over-60 age categories recorded a smaller increase of around 15%.

Among the 25 health board regions the number of cases per 100,000 people ranged from 136 in Flevoland to 360 in Zaanstreek-Waterland.

In the daily figures another 4,985 Covid-19 cases were recorded, a week-on-week increase of 16%, while the number of patients in hospital increased again by 18 to 2,037. 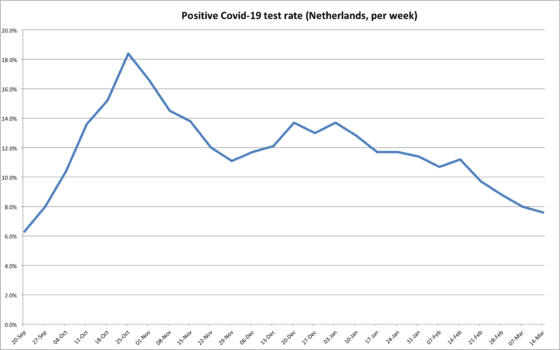 Currently 586 people are being treated for Covid-19 in intensive care, an increase of 22 since Monday.

On average 29 deaths have been recorded per day in the last week, compared to 38 a week ago, while the number of nursing homes with an infection in the last two weeks has dropped to 290. A week ago that figure stood at 316.