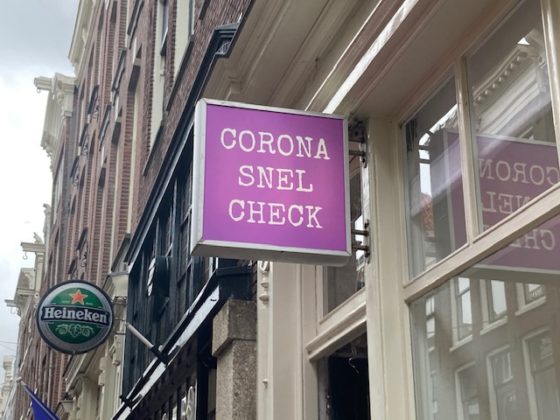 The number of positive coronavirus tests increased by 12.7% in the last week of March, according to the latest weekly update by the public health agency RIVM.

The percentage of positive tests increased for the second week in a row to 8.5%, although the figure is still below the double-digit levels that prevailed from October until mid-February.

Positive tests increased for the seventh week in a row, with 51,866 confirmed cases in the week to March 30. The number is almost back at the level of the first week of January, when just under 54,000 people tested positive.

Infections were higher in all age groups, but with a notable spike in the 70 to 74 group where reported cases went up by 27%. Children aged 5 to 14 and people in their early thirties and early fifties also experienced a higher than average increase. 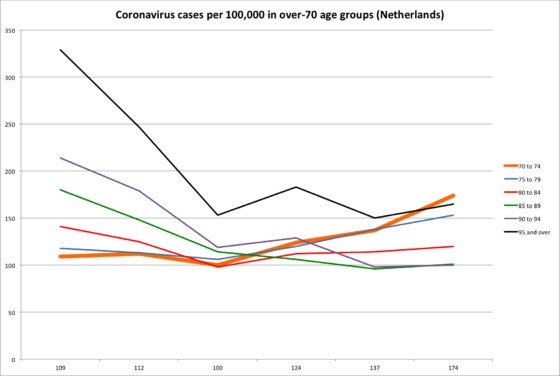 The 70-74 age group now has the highest infection rate among over-70s. Source: RIVM 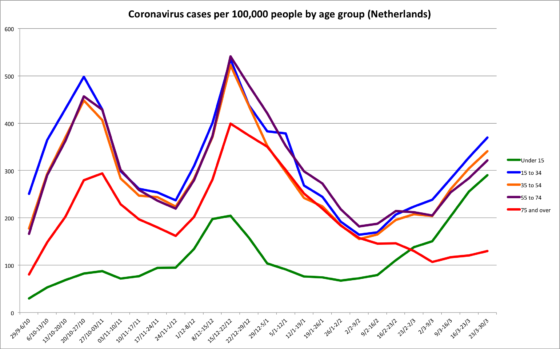 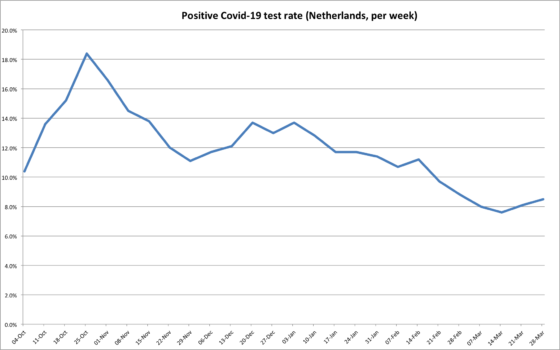 The reproductive number R was measured at 1.07 on March 15, a slight decline from the previous week’s figure of 1.11 but still above the critical level of 1.

The latest daily figures indicate that the rise in infections is slowing down, with 5,909 new cases recorded, a 6.3% weekly increase. However, the number of people in hospital went up by 68 in the last 24 hours and stands at 2,410, of whom 682 are being treated in intensive care. 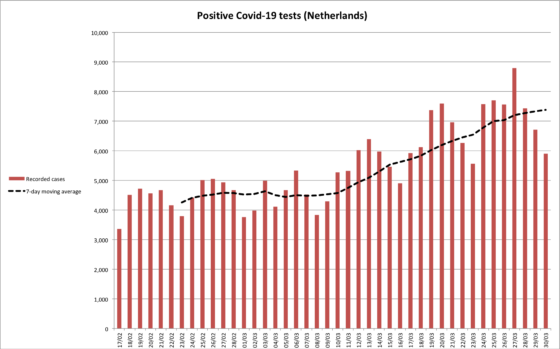