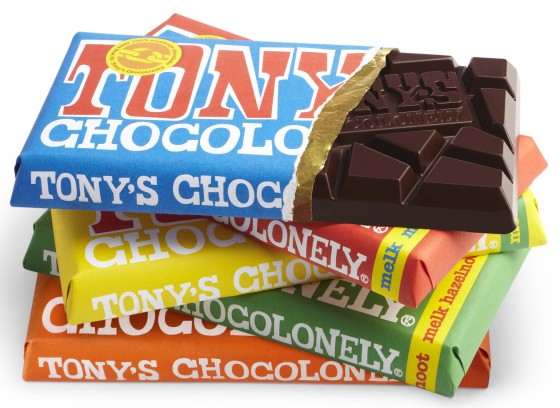 American aid group Slave Free Chocolate has removed Dutch chocolate brand Tony’s Chocolonely from its list of companies which use ethically sourced chocolate because it works with a Belgian company that uses cocoa produced partly by child labour, The Times newspaper reported at the weekend.

Tony’s has an agreement with multinational Barry Callebaut, which produces its chocolate bars via a dedicated production line in Antwerp, but which also admits using cocoa for its own brands which involve child labour.

According to Slave Free Chocolate, the deal with Callebaut allows Tony’s to save money and undercut other ethical chocolate makers who have their own factories.

Tony’s director Henk Jan Beltman told Dutch broadcaster RTL that there is no reason to end the working relationship with the Belgian firm. ‘We want to get the big boys in the chocolate industry to change their ways,’ he said.

‘The author of the Slave Free Chocolate list feels that us working with Barry Callebaut is at odds with our mission to make all chocolate 100% slave free, but we work with Barry Callebaut to make this mission possible on a global scale,’ the company said in a website statement.

On Friday, Barry Callebaut’s was named as a defendant in a case brought by eight former child labourers from Mali who allege the big cocoa companies continue to profit from selling cheap cocoa harvested by child slaves.

Tony’s was founded in 2006 by the makers of consumer food television programme Keuringsdienst van Waarde on the pledge that all its chocolate would be slave-free. Since then the company has expanded its ambitions and last year sold a minority stake to Belgian investment company Verlinvest

The company’s sales totalled €67m in 2019 but it only just scraped a profit, mainly due to the rollout abroad. Nevertheless, 80% of sales are still generated in the Netherlands.