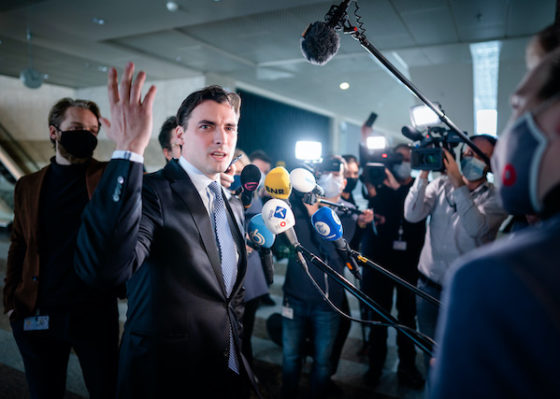 Far right leader Thierry Baudet and several candidate MPs for his party Forum voor Democratie were spreading racist and homophobic comments in Whatsapp chat groups as late as last summer, according to revelations in the new issue of EW Magazine.

The news weekly cites extensively from chats circulating in two FvD groups. In one chat Baudet messaged others in the group that white people had an average IQ of 110, while Hispanics had 90 and Afro Americans 75.

He also asked Gideon van Meijeren and Yanick Chevalier, numbers six and 23 on the party list, would they mind if their sister ‘came home with a negro’. ‘Hell no,’ was Van Meijeren’s answer.

In other chats, ‘homo’ is widely used as an insult, EW said.

Baudet declined to answer reporters questions about the comments on Tuesday afternoon, saying that it was a private issue. ‘It is a trumped up row a month ahead of the elections,’ he said.

Opinion polls suggest the FvD is on target to hold onto its two seats in parliament in the March general election, but could double that to four.