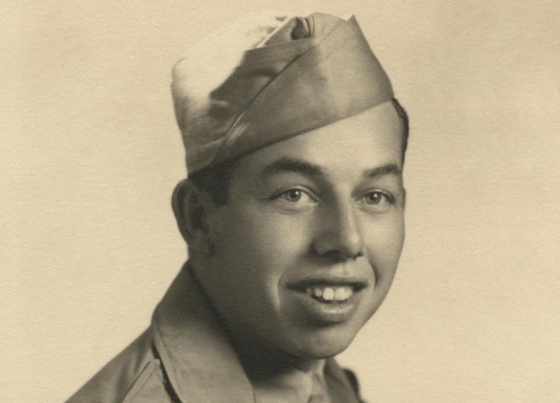 Efforts to find photos of the 10,000 American soldiers who died in World War II and are buried or named on the roll of honour in a cemetery in the Limburg of village of Margraten have reached a new milestone.

The Faces of Margraten project said at the weekend that a photograph of the 8,000th soldier has now been found, via relatives in the US.

The 8,000th photo is that of Lloyd George Hume, from San Bernadino in California, who died at the age of 24 when the bomber he was flying was hit by enemy fire and plunged into the north sea. His body was never found.

The Faces of Margraten project is attempting to match the names of all the dead with faces. ‘Almost seven years after the start of our search, we have found the 8,000th photo,’ the foundation said in press release. ‘That means we have just 1,900 more photos to find.’

Facing history: the images of US soldiers who died in WWII

The American War Cemetery and Memorial in Margraten is the sole US war cemetery in the Netherlands and the final resting place of 8,289 US soldiers, many of whom died during Operation Market Garden in September 1944.

The names of a further 1,722 missing soldiers have been recorded at the Walls of the Missing.